24 year-old poet Rupi Kaur, whose line 'our backs tell the story no books have the spine to carry' was featured in a previous Gurung collection, took in her first show next to none other than Gloria Steinem. 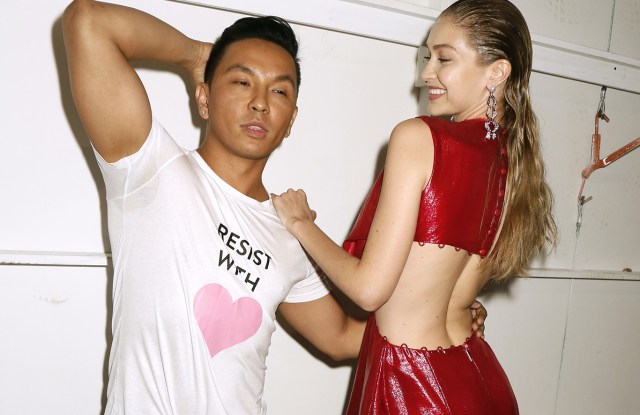 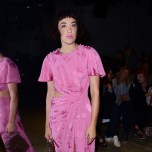 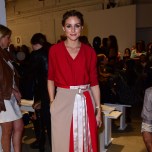 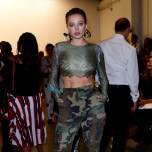 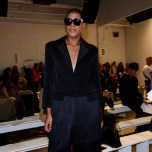 The Prabal Gurung show Sunday evening drew feminists – and feminist chatter – with the likes of DeRay Mckesson, poet sensation Rupi Kaur, Jaime King, and the one and only Gloria Steinem.

“Prabal is a great example of somebody using their platform to make sure that he is using his platform to spread positive messages about resistance,” Mckesson said on the way to his seat.

Yolanda Hadid was in the audience to watch both Gigi and Bella walk the runway, much as they did Friday at Brandon Maxwell’s show, which she said inspired her as a mother.

“I love Brandon – and I love his mom – she’s this amazing woman from Texas. Just so family and hugging and sweet,” Hadid said. “And I thought his collection was amazing – stuff that I would wear. It was really up and happy – a great night.”

Hadid maintains that her priorities at fashion week are as a mother just trying to make sure her girls get through the week in once piece.

“I don’t go to any parties, I try to just go and support the girls when I can – especially when they’re both in the same show [it makes it easy],” Hadid said. “I’m here for my girls – if they’re hungry I’ll feed them, send them clothes, help wherever I can.”

So-called “Insta-poet” Kaur, 24, first connected with Gurung when he featured one of her lines, “our backs tell the story no books have the spine to carry,” on the final look in his last collection.

“He says he was just inspired by it and he put it on his last piece. I did not [know about it beforehand] so it was a really nice surprise,” Kaur said. “I do [follow fashion] but that was brought to my attention, because I always find out about the cool things a week later. He invited me last year and I was a little busy but I was like, ‘I am coming this time!’

“I feel like he makes clothes for the everyday women and for all women, and I feel like there’s a global movement to this clothing which is wonderful for a person like me who feels like they belong not to one place but to many places,” Kaur continued. “We’re walking day to day, and when you see something on a shirt like that it’s a great reminder.”

Her spot in the front row was next to none other than Gloria Steinem. “What an honor,” she said.

Next Up, The Weeknd

Catching Up With Bella