Roger Federer and Uma Thurman were also among guests at Moët & Chandon’s Château de Saran, which reopened on Tuesday.

A NIGHT IN CHAMPAGNE: There were fireworks, towering pyramids of Champagne glasses — plus vines and VIPs as far as the eye could see.

Celebrating the 150th anniversary of its Brut Imperial blend, Moët & Chandon hosted an intimate dinner at its just-reopened Château de Saran overlooking the vineyards of the Champagne region in the east of France.

Portman had just inspected the château’s revamped interiors, all flower-printed wallpapers and original furniture from the former hunting pavilion, built in 1801 and acquired by Moët & Chandon in 1954.

“I’ll come to stay whenever you want,” quipped the “Black Swan” actress. 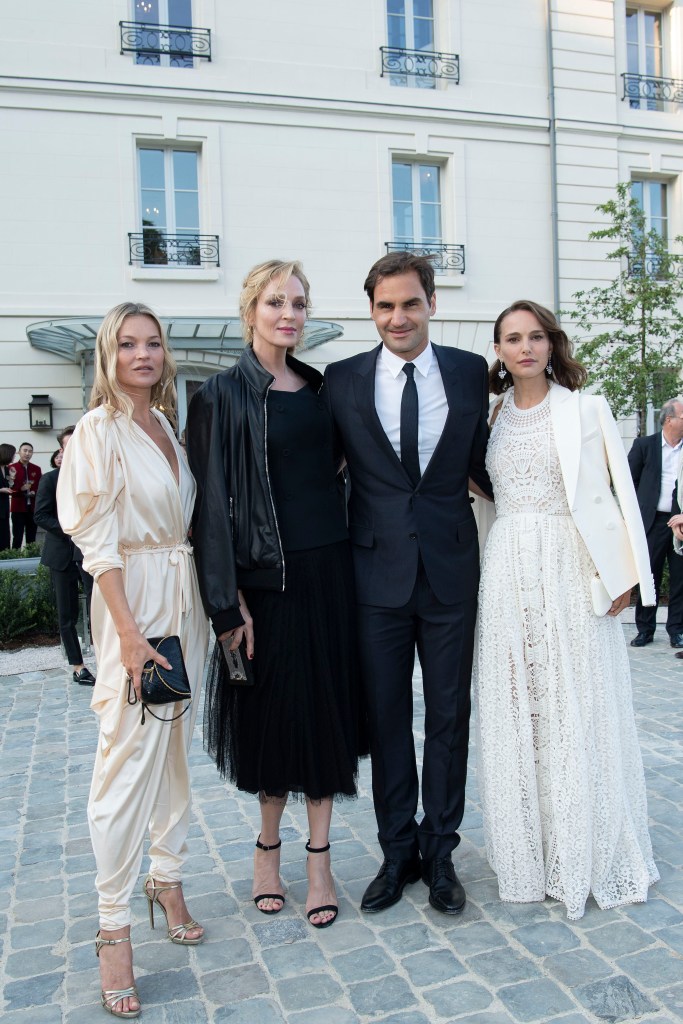 After five years of renovations, the Château de Saran will be made available to Moët & Chandon clients, VIPs and “friends of the house” for private stays and events, according to ceo Stéphane Baschiera.

“Luxury is becoming more and more about experiences,” Baschiera said. “Beyond the quality of our Champagnes, our role is to craft experiences that are bound to create memorable and lasting impressions.”

The future guests of the private residence will be able to enjoy meals cooked by chef Marco Fadiga and wine tastings run by Moët & Chandon cellar manager Benoit Gouez.

“It’s a ‘money can’t buy’ experience, sharing moments of celebration and conviviality in such a historical place,” Baschiera continued.

Experience was definitely the buzzword that day: guests at the event were still gushing over the trip from Paris to the verdant region on the French railway-owned Orient Express, hired expressly for the event.

Federer was fresh out of a training session for the next French Open, which runs in Paris until June 9. “I’m fully recovered,” said the tennis star and Moët & Chandon ambassador, alluding to the leg injury he sustained while playing the Masters 1000 in Rome last week.

“I’m incredibly happy to be returning to Roland-Garros; I haven’t played the French Open in three years,” he continued. “The audience’s expectations are high, but I’m trying to calm things down because I feel it’s going to be hard. But things went well for me in Rome and Madrid so I am really very satisfied.” 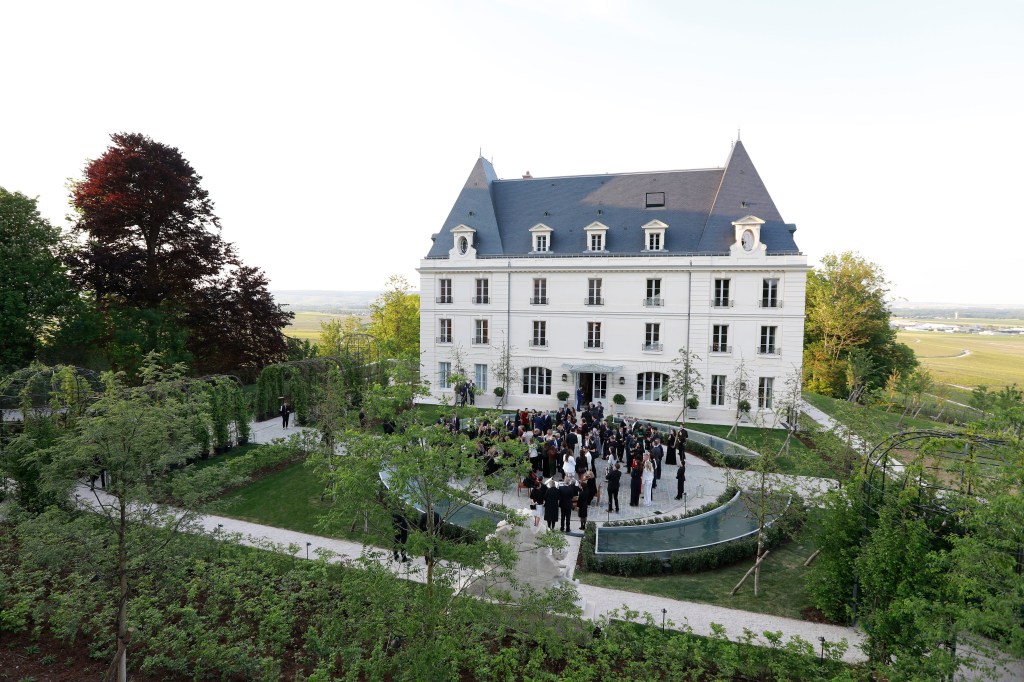 Moët & Chandon fêted the reopening of the Château de Saran on Tuesday.  Courtesy

Arnault didn’t get the memo about keeping expectations low. “Tonight is the alliance of the king of wines and the king of the courts,” he said during a speech at the dinner, held in a marquis overlooking the vineyards.

“We will be watching you play the French Open, and we don’t want to always see the same guy win, otherwise it would be boring,” laughed Arnault, in reference to Rafael Nadal’s two victories in 2017 and 2018. “So I hope you will put a stop to that, and I’m convinced this year will be your 21st Grand Slam.”

Not one but two chefs prepared the four-course dinner that evening: the menu of langoustine tartare and scamorza-stuffed morels was conceived by three Michelin-starred chef Yannick Alléno and Dominique Crenn, the first female chef to receive three Michelin stars in the U.S.

Four different Champagnes were served during the meal. British actor Douglas Booth was mindful not to overdo it.

“I’m leaving at 5 a.m. tomorrow so I can’t drink too much,” said Booth, who was jetting off to Montreal to film “My Salinger Year,” the adaptation of Joanna Rakoff’s bestseller, in which he will star alongside Sigourney Weaver and Margaret Qualley. 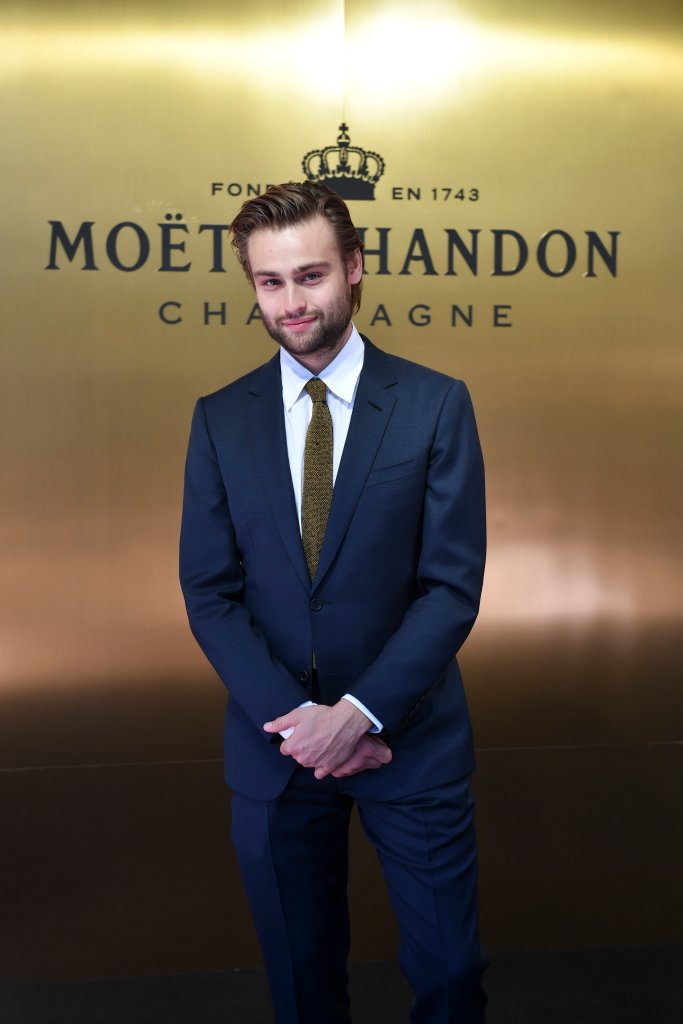 While the “Mary Shelley” actor usually marks the end of filming with a beer or two, some celebrations call for fancier stuff.

“When we finished filming ‘Karma Chameleon,’ in which I played Boy George, I went out and bought a whole crate of Champagne for the crew,” he remembered. “When the film wrapped, we drank the whole thing.”

The evening ended with fireworks set off over the sloping vineyards, followed by an acoustic concert by British singer-songwriter Freya Ridings.