On Friday and Saturday night, the fashion-fueled party circuit was on at full blast. 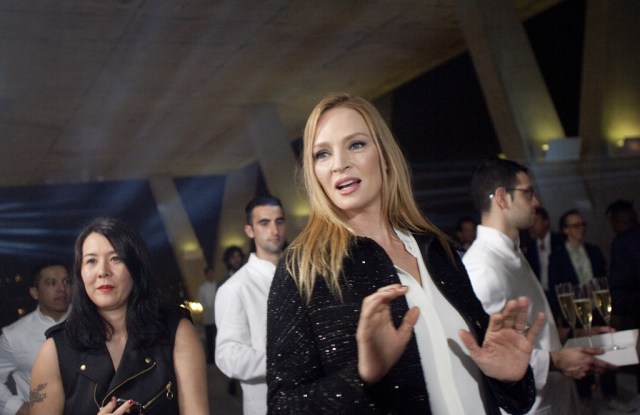 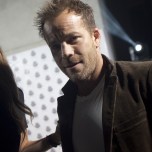 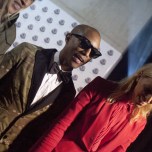 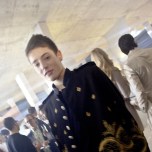 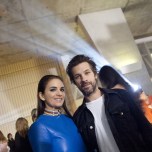 On Friday night, Harry Brant had just finished posing for pictures on the seventh floor of 1111 Lincoln Road, the Herzog & de Meuron-designed dual-purpose parking garage and event space with panoramic views of the Miami skyline. A photographer paused to ask about the make of the teenage fashion-and-art scion’s jacket, a modified bolero-type piece with gold detail stitched throughout.

“I actually saw an old man wearing it last night,” Brant offered giddily after explaining it was Galliano. The photographer asked who had worn the item better.

“I think I did,” Brant said with a laugh.

A lavishly staged dinner celebrating the 60th anniversary of the luxury outerwear firm Moncler swirled around the teenager. For many guests, it was the third consecutive night of parties related, however loosely, to Art Basel Miami Beach, which in its decade-plus existence has become America’s preeminent contemporary art event. As has become the norm, the main fair and its many offshoots provided the fashion brands, hotels, clubs and magazines that cater to the luxe set and those who aspire to its reaches an annual fish-in-barrel moment for buzz-making and public-relations coups.

Moncler, for example, had gone to great lengths — and, likely, expense — for its party, one of the weekend’s marquee fashion events. White turf carpeting had been laid down throughout the space, and white lights beamed from a rig in the center of the floor, terminating on the decor, or guests lounging on white sofas, or somewhere out in the night sky. Uma Thurman, Stephen Dorff and Karolina Kurkova were among those on hand.

Earlier in the day, Morgans Hotel Group and Van Wagner Communications had teamed up on Plane Text, a piece of public art that flew artist-penned missives above the city behind single-prop planes. Taking in Moncler’s chilly aesthetic atop a muggy South Florida night (or the occasional act of adolescent sartorial hubris), a partygoer could be forgiven if he or she mulled over one of the turns of phrase that had floated over the beach during daylight hours: “We’re rich we can do what we want.”

Though cheeky, the banner surely rang true to some fairgoers. As always, those with a mind to carp about the more blatant instances of outside industries trading on art-world cool had plenty of fuel. Both Slate and The Wall Street Journal had bemoaned the scene around the fair earlier in the week.

Miami resident Bruce Weber offered a more laid-back take during cocktails. “I think it’s fun to see friends from all over the world come here,” the photographer said before turning back to a waiting Cornelia Guest. “I just like to see a lot of painting from a lot of places in the world. I haven’t really been able to see very much, because I’m working right now.”

As the evening continued, a few guests made their way to The Standard, where fashion-approved hip-hop starlet Azealia Banks played a sprawling book party for Terry Richardson’s “Terrywood.”

For those who recovered from Friday night in time, there was plenty to take in on Saturday. Kanye West caused a minor stir with a late-afternoon appearance at the main fair at the Miami Beach Convention Center. A pack of camera-phone-toting tweens followed as he took a guided tour of the booths. Robert Kraft and Dov Charney walked the aisles largely unnoticed. Farther up Collins Avenue, at the Deauville Beach Resort, the typically younger-minded fair Nada hosted a pool party where a crop of bands performed and an air of youthful vitality pervaded the pool-deck fashions (and occasionally lack thereof). Back on the mainland, there were new-store smells to be savored in the design district, where Prada and Dior Homme had each pegged the opening of new doors to Art Basel. Christian Louboutin’s outpost hosted a solo exhibition by Chinese artist Ye Hongxing. In Bal Harbour, Pharrell Williams signed copies of his new book, “Places and Spaces I’ve Been,” at Moncler’s store there.

“It’s good; it unites culture in the name of art, architecture and design and fashion,” Williams, who resides in Miami, said the day before all the festivities. Hadn’t he, a musician turned general creative force, made his career doing the same?

“I’m just a watcher, that’s all,” he laughed before giving a mini meditation on the late French industrial designer and architect Jean Prouvé. “I went over to Design Miami….[Design] felt very Prouvé-ish to me. I think I go there and I get blinded by it and never get to see anything else, but that’s because I just love Prouvé.”

By Saturday night, the fashion-fueled party circuit was back on at full blast. Chloé hosted its own 60th-anniversary-pegged cocktail party at the Soho Beach House, which by 8:30 p.m., had been closed down due to capacity concerns, a half hour early. At the SLS Hotel, Rico Love and Saks Fifth Avenue held a cocktail reception and fashion show with Eva Cavalli, whose husband’s general design sensibility can almost always be seen on display somewhere in South Beach. But the final night of Art Basel Miami Beach 2012 came to its real head a little before midnight, at the end of Ocean Drive at Nikki Beach, where Le Baron hosted its nightly pop-up incarnation. A large crowd had formed at the door well ahead of its opening. Waitresses offered guests complimentary cocktails made with Jay-Z’s new cognac amaretto brand. The hip-hop icon and his wife, Beyoncé, had made their Miami presence known earlier in the day at The Standard, for a book signing for JR and José Parlá’s “The Wrinkles of the City Havana Cuba.” Sure enough, it all presaged their appearance at the club later in the evening.

It was a scene to be sure, but those in search of a purer illustrative episode of the weekend’s fleeting, if shiny, trappings, could have done better at a much quieter venue earlier Saturday afternoon at the Cisneros Fontanals Art Foundation in Wynwood. There, the art-through-dessert collective Kreëmart staged artist Carlos Garaicoa’s “Sweet and Safe,” a playful take on international banking that allowed guests to make withdrawals from two large safes housing chocolate replicas of various international currencies. It had been a warmer-than-predicted morning, and the Swiss francs and Kennedy half-dollars had gone a little soft in the sun.

“I’m going to eat the euro, because it’s depreciating,” one exhibitgoer said as she peeled away the coin’s gold wrapping, readying it for consumption.