While all the glitter and glam raged at the Costume Institute gala, at Cipriani 42nd Street, the mood was tame but filled with pride and warmth. 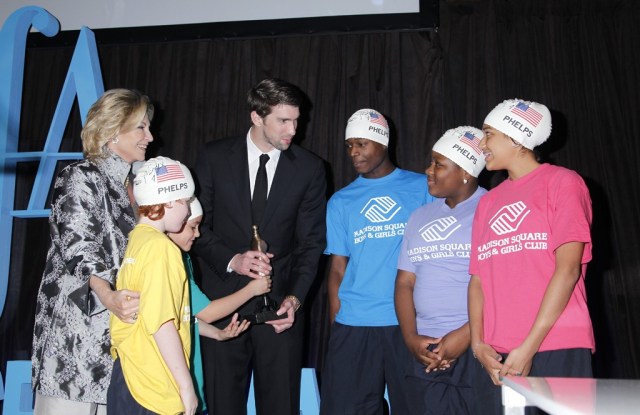 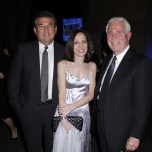 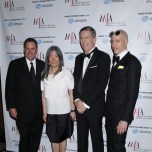 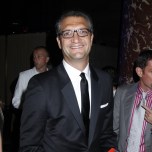 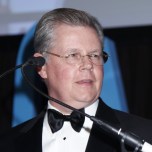 While all the glitter and glam raged uptown Monday night at the Costume Institute gala, at Cipriani 42nd Street, the mood was tame but filled with pride and warmth. An American sports hero, Michael Phelps, was honored at the 34th annual American Image Awards sponsored by the American Apparel and Footwear Association.

The athlete, who won eight gold medals at the Beijing Olympics, received a standing ovation from the crowd of 385, and on stage, he was surrounded by children from a swim class at the Madison Square Boys & Girls Club, which Phelps sometimes helps with. Receiving the AAFA’s humanitarian award, Phelps spoke about what gives him as much joy as winning the gold — helping kids learn to swim. “That’s what makes me happy. These guys put the biggest smile on my face.”

Phelps, who came with his mother and sister, kept his message heartfelt and short, on an evening that saw several awards and introductions and a string of quips by emcee Robert Verdi who, for comic relief, mangled the AAFA acronym — “The A-A-A-F-F of A — whatever” and said Speedo pays him not to wear its swimsuits, unlike Phelps who has a contract to wear the brand.

On a serious note, former Olympian Donna de Varona emphasized that teaching children to swim can be a lifesaver. “Drowning is the second leading cause of death for children 14 and under,” she said.

Helen McCluskey, president and chief executive officer of Warnaco, which received the global leadership award, gave an emotional shout-out to her predecessor Joseph Gromek, who took Warnaco to new heights, and stood up to be recognized. Yeohlee Teng, who received the “fashion maverick” award, cited her facility at 25 West 38th Street in the heart of the Garment District. It’s a combination store, showroom and warehouse and is an example of how she’s been an advocate for revitalizing the domestic fashion industry. Other awards were given to Tanger Outlets for “excellence in retail,” Schwartz & Benjamin for the “footwear company of the year” and Kate Spade New York for “lifestyle brand of the year.”

The AAFA dinner raised $730,000 (excluding the silent auction, which at press time was still being tallied) to support the Madison Square Boys & Girls Club summer and after-school program, as well as The Michael Phelps Foundation and its IM program, which helps children build self-esteem and confidence through swimming and other activities. Inside Cipriani, outfits designed by IM children were displayed on five mannequins.