Cosmopolitan's Joanna Coles hosted a lunch at Hearst Tower on Monday afternoon to celebrate the movie. 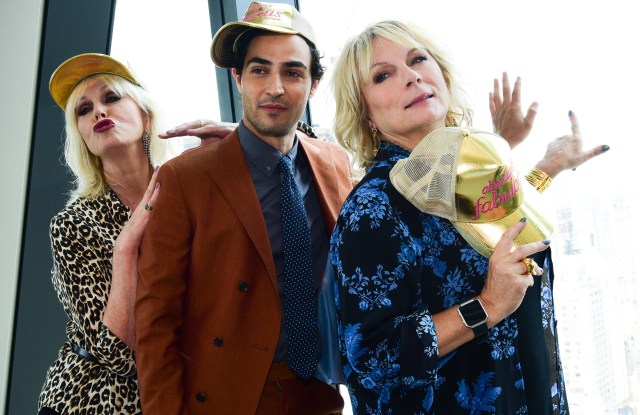 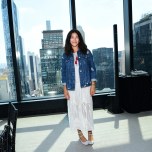 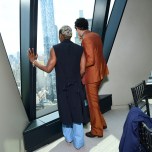 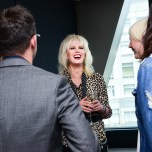 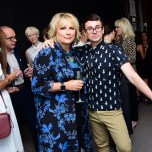 “Being a Londoner, I think it’s sort of like part of our history, part of my history,” Cynthia Erivo proclaimed from the 44th floor of Hearst Tower on Monday afternoon. The newly minted Tony winner wasn’t talking about Brexit, but instead was reflecting on “Absolutely Fabulous: The Movie” and the cult TV series turned fashion-cameo-tastic film, out Friday. Erivo was attending a lunch, hosted by Cosmopolitan’s editor Joanna Coles, that was celebrating the movie and its leading ladies, Joanna Lumley and Jennifer Saunders.

“I’m really excited and fluttering a little bit to see them in the same room together,” Erivo offered.

She was in good company. “I am an ‘Ab Fab’ fan, I’ve watched it forever,” designer Zac Posen said. “On top of that, I’ve had a shout-out in ‘Ab Fab’ in my career — in my first year in business, on a trip they were trying to get into my fashion show,” he reminisced. “It’s always good to be part of British humor.”

The British humor in the room was overflowing once Lumley and Saunders made their entrance, to loud cheers and clapping. Cole was particularly enthused. “There is no agenda for this lunch other than for me to worship at the feet of the two funniest comedians I’ve ever seen on television,” she said.

The “Ab Fab” team has been embarking on a long wind of movie promo, an easier feat given the movie’s overwhelmingly positive reception thus far. “I woke up on the first day of filming and thought, ‘No, this has gone too far, we have to stop, it’s a joke, stop it now,'” Saunders told WWD of the series making its way to the big-screen. “It’s a bit of a dream actually.”

While attendees dined on very-British popovers, Coles hosted a Q&A with the actresses and director Mandie Fletcher, riffing on a range of topics: the state of comedy, working with Kate Moss on the film, new British Prime Minister Theresa May — and Brexit.

“Once we all got over the depression, there were a few days of people not believing it, and then life goes on,” Lumley said, reflecting on whether things felt different after Britain voted to leave the European Union. “Life goes on, whatever happens. Once it falls apart, it builds itself up again.”

And what about “Absolutely Fabulous: The Movie 2”?

“We would love to do another one,” said an initially hesitant Fletcher, after which Saunders evasively chimed in: “Who knows?”

What an absolutely fabulous possibility.