At the American Ballet Theatre gala, actresses, designers and artists weighed in how Internet overload has been driving scores of Millennials to the theater. 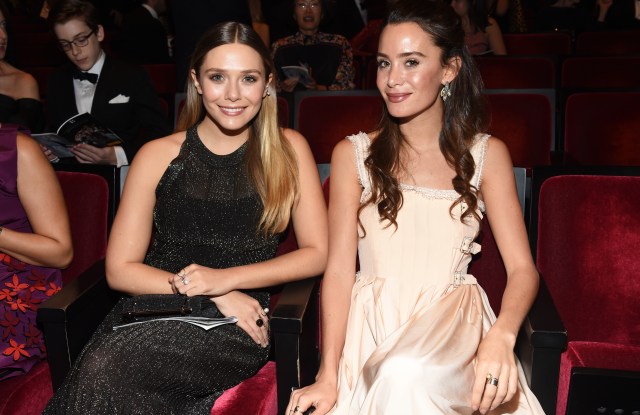 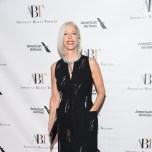 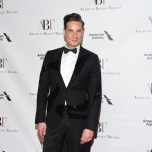 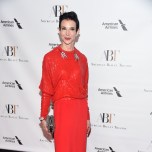 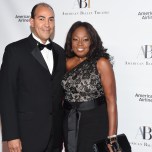 Just under a decade ago, the age group’s Internet-addiction was proclaimed a death-knell for theater, ballet and opera. But it would appear that a pendulum has now swung, with Millennials welcoming an opportunity to sit — phones powered off — for a two-hour stretch, taking in classical, orchestral music and age-old art forms. Ironic #uptown images have flooded downtown-goers’ Instagrams this fall cultural season.

According to distinguished guests at Thursday evening’s American Ballet Theatre fall gala, this switch from digital immersion to a hankering for in-person substance is not unexpected.

The event drew Maggie Gyllenhaal, Misty Copeland, Julianna Margulies and a coterie of others — many of whom have noticed a renaissance of the theater in what’s become a post-Hamilton New York arts scene.

“The more we live in this Internet, there is a natural yin and yang where people want to go and do things that are physical and in real-time. This new interest in theater and dance, opera, some of the more physical arts is part of this natural swing of things,” said Bergdorf Goodman senior vice president, fashion Linda Fargo, who has recently enjoyed performances of Fuerza Bruta.

“There was a lot of material that was overlooked as the result of this mirage of superficial consumerist information that came out on the Internet. People started to return to substance, and realized that this is where you find it — places like Lincoln Center, The Whitney, The Guggenheim,” added Condo, who recently enjoyed friend and collaborator Kanye West’s The Saint Pablo Tour at Madison Square Garden.

Actress Elizabeth Olsen had a terser outlook on the performing arts’ renaissance. “I think [the Internet] has really backfired with [Donald J.] Trump being the Republican nominee. I think there is a culture now where the truth has been skewed because of technology and I think it’s going to have a big backlash. It has to go back to the way it was — I think this is a phase with overconsumption. Things like the Brexit wouldn’t have happened if we didn’t become a click-bait culture,” she said.

Olsen, who grew up with a family heavily involved in the performing arts, says that she recently enjoyed Natalia Osipova’s postmodern residency at Saddler’s Wells in London.

Margulies feels that programs targeted at younger audiences — subsidized ticket prices and updated repertoires — have contributed to Millennials’ about-face. “I remember seven years ago being invited to the Met Opera gala and they said, ‘We want younger people to come — we need to keep it up, we need to keep it going,’ and I think they’ve done an incredible job between dance, theater and opera, trying to make it more affordable.”

ABT artistic director Kevin McKenzie described the topic of affordability as, “the next big barrier we have to climb.”

“It’s very expensive to come to the ballet, and short of finding a government that values the power of the performing arts, it’s up to the likes of us to raise huge amounts of money at these events [to subsidize those programs],” he said. “There’s only so much soul technology can give you, there is nothing that can replace a live theatrical production.”

According to Calvin Klein, New York’s youth is smarter than they may let on. “Young people and people at every age are well aware that you can’t see the same experience on film or online,” he said.

In that experiential vein, Fargo felt that the same ethos now applies to the retail industry, where consultants have been stressing ‘experience’ as a necessary element for success. “Nothing replaces human contact, we can enjoy passing of notes to each other, but it’s never going to be the good time you and me have by being in this room together,” she said.

Added Margulies: “I think [the theater] needs to stay alive because we need art in our culture, not just for the art itself but for everything — art is what will be left behind when everything else is gone.”