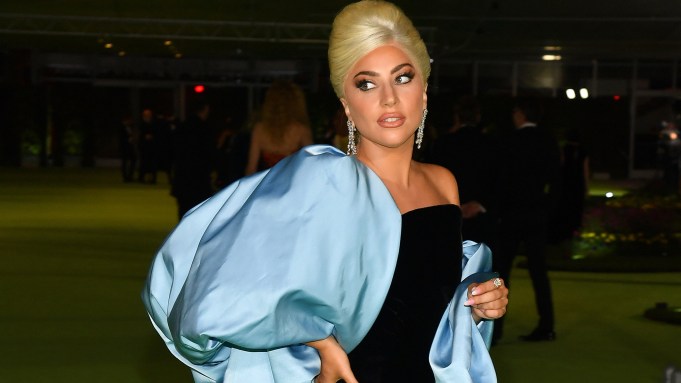 At long last, Hollywood has its film museum.

The Academy Museum of Motion Pictures kicked off with a star-studded gala Saturday night, the first in a suite of events that will be held this week to celebrate L.A.’s newest cultural institution.

The project has been a labor of love for the industry, nearly 100 years in the making. In addition to raising the $388 million to build it, there were the usual L.A. headaches, like how many parking spaces would be available. “You haven’t lived until you’ve sat through one of those meetings,” Tom Hanks joked onstage.

It turns out, it was L.A. County Museum director Michael Govan who suggested the museum take over the former May Company department store space, and its gold Art Moderne facade has thankfully been preserved at Wilshire and Fairfax.

Guests had to upload proof of vaccination and negative COVID-19 tests before the big event, which was produced by former Vogue magazine West Coast editor Lisa Love and Met gala veteran Raul Avila to spectacular effect.

A sizable fashion contingent was in attendance. (Diane von Furstenberg is a museum trustee; Rolex is presenting sponsor; Gucci, Louis Vuitton and Chanel were among the brands on the host committee, and Giorgio Armani dressed a slew of guests, including honoree Sophia Loren.)

Costume designer Arianne Phillips oversaw the creation of limited-edition products for the gift shop, including “Wizard of Oz”-inspired accessories by Jeremy Scott for Moschino. (The ruby slipper-shaped purse, $490, is a treat.)

Zac Posen was in town for 48 hours for the event, and noted that the museum has requested one of his Oscar gowns, perhaps for a future exhibition. (Current Oscar gowns on display include Cher’s famous 1986 black beaded mohawk gown, designed by Bob Mackie. The two collaborators sat together at the gala.)

Dinner was seated on the museum’s other outdoor terrace, where palm trees framed the stage and a twinkling view of the Hollywood Hills.

During the program, architect Renzo Piano, who designed the building and space ship-like, orb-shaped theater, got huge applause, as did George Lucas and Mellody Hobson; though they are opening their own Lucas Museum of Narrative Art in downtown L.A., their gift to the Academy Museum ensures free admission to anyone under the age of 17 in perpetuity.

DuVernay praised the museum’s curatorial approach — “a place that’s not afraid of cinema’s complicated past,” she said, nodding to how the exhibitions contextualize the racism, sexism and cultural appropriation that has plagued the industry.

Although the night’s special performer was supposed to be a surprise, as soon as Lady Gaga blew in wearing a beehive and blue satin cape, with bodyguards in tow, the secret was out.

After dinner was cleared, the spotlight found her at her table. Wearing a slinky crystal Elie Saab dress, she took off for the stage, belting out “Luck Be a Lady” and didn’t stop singing until well past the neighborhood curfew.