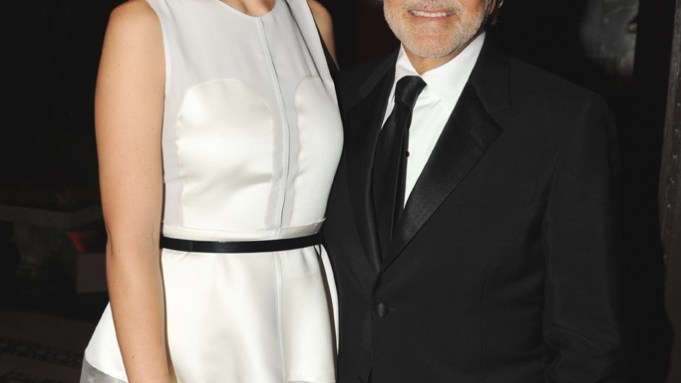 Accessories Council president Karen Giberson set the tone for the night, explaining that the event’s gift bag contents would be donated to victims of the storm through a partnership with Glam for Good. The council also made a donation to the American Red Cross.

Several presenters and award winners also mentioned the storm and its impact, but there were also moments of levity.

In her acceptance speech, Essence editor in chief Constance White, who received the Marylou Luther Journalism Award, noted: “I have no power in my house, but I draw power from all of you.”

That line drew some chuckles, but not as many as Vince Camuto’s remarks when he snapped up the Visionary award.

“If you’re not happy, whether it’s a relationship, or what you’re doing, just get out,” he said, smiling. “You have to do what you love.”

Moments before, Camuto complimented the beauty of award presenter Wilde, who took to the stage with “Born to be Wild” playing.

“It’s in my contract that [that song] has to play every time,” the actress deadpanned.

A clotheshorse in her own right, when asked if she ever sees a future in fashion for herself, Moore doubled over in laughter.

“No, no, no, I like to wear clothes, I don’t like to make clothes,” she said. “I haven’t made anything since the seventh grade.”