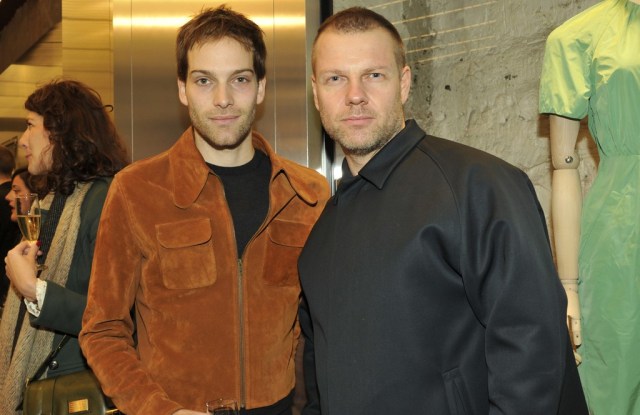 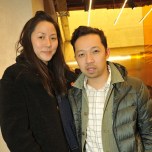 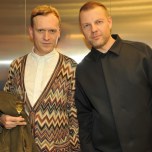 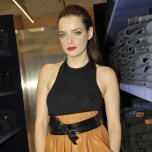 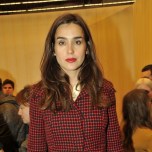 GARAGE BAND: Hoards of hipsters — many of the Scandinavian variety — turned out for the opening party for Acne’s second Paris store last week. Based in a former garage in the Marais district, the boutique has an industrial look. Features include vast aluminum partitions lined with wood, panes of yellow glass, exposed sections of rough concrete, a blood-red ceiling, LED lighting strips, and marble seating blocks and merchandising units. A marble sculpture by the English artist Daniel Silver stands in the entrance.

“When we designed our Palais Royal store, we used a lot of references to Swedish architecture from the Swedish Grace period in the early 19th century. I wanted this time to do something more Stockholm Modern, an interpretation of how it would be now,” said Jonny Johansson, Acne’s creative director and founder, who revealed he’s preparing a photo exhibition with “an old photographer friend who is related to the British royal family.” The show is to open this spring in London, before traveling to Paris, New York and Stockholm.

Roxane Mesquida, who scooted to the store’s secluded denim section to escape the flashbulbs, said she’s been working on a vampire movie, “Kiss of the Damned,” directed by Xan Cassavetes and also starring Riley Keough, Anna Mouglalis and Joséphine de La Baume.

“It’s an homage to the vampire movies from the Seventies. It will be very stylized, with all these amazing vintage costumes,” said Mesquida, who hinted she’s in talks to design a capsule fashion collection for an undisclosed brand. “It’s for a French designer based in New York, but that’s all I’m saying.”