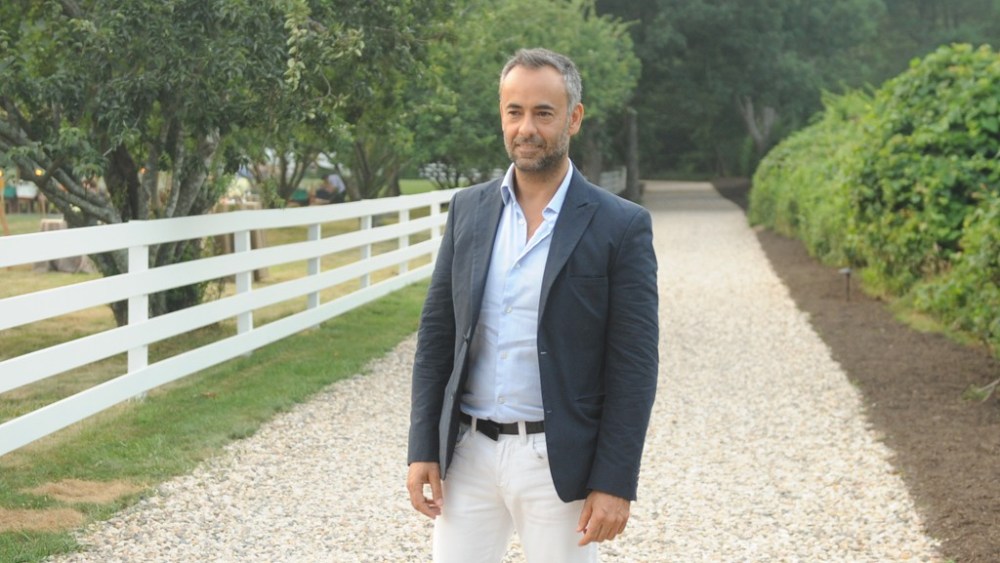 Parties al fresco are one of the quintessential pleasures of summer — but they can also present unexpected hiccups, as when a generator blew at the annual Cocktails at Sunset benefit for the AIDS Community Research Initiative of America in East Hampton, N.Y., on Saturday. The twinkling lights in the expansive field — part of interior designer David Kleinberg’s estate, which he had just moved into following a gut renovation — went out as the cocktail hour was ending but were restored in time for a bucolic dinner. Seated at two long tables were guests including Francisco Costa, Melissa George, Brad Goreski and Gary Janetti, Kelly Klein, Tim and Helen Lee Schifter, Campion and Tatiana Platt, gallerist Angela Westwater and David Meitus, interior designers Jay Johnson and Tom Cashin and jewelry designer Celeste Greenberg.

“This event always brings together a really wonderful group of people to support such an important cause,” said Costa, admiring the venue’s custom-built bamboo pergola. Costa, who is a board member of ACRIA, drove in from his weekend home in Bellport, N.Y., with partner John DeStefano and their house guest, retail maven Robert Burke. An enthusiastic home chef, Burke was looking forward to spending the rest of the summer at his August rental nearby in East Hampton.

Artist Malcolm Morley created a special-edition lithograph for the fund-raiser, which was gifted to VIP ticket buyers including Calvin Klein, Ross Bleckner, Ariel Foxman, Dorothy Lichtenstein and Stewart Shining. Tunes were provided by DJ Chelsea Leyland, although the vibe was more tranquil than in years past when the annual event was held at Steven Klein’s farm and involved a raucous dance floor.

Coach was a first-time sponsor this year, dedicating windows in its East Hampton store to ACRIA and gifting beach bags to attendees. The evening raised $300,000, including a silent and online auction with works from Bleckner, Morley, Eric Fischl, Jessica Craig-Martin, April Gornik, Billy Sullivan and Donald Sultan, among others.