Monica Lewinsky and Amy Sherman-Palladino were among those supporting the organization Thursday night. 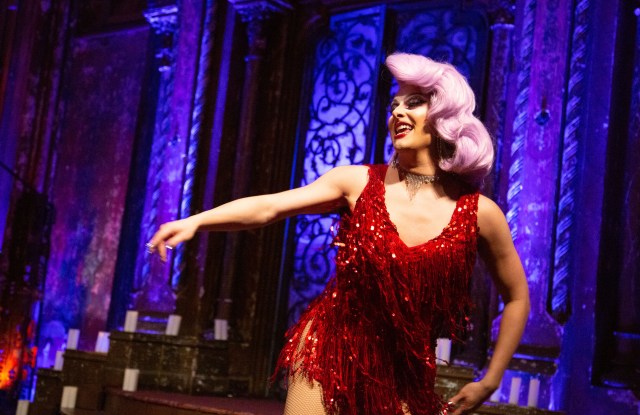 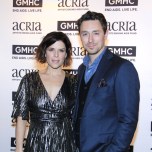 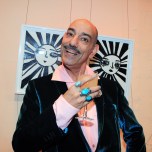 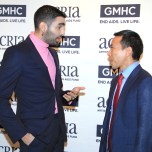 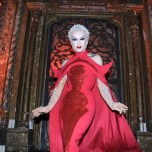 On Thursday night, ACRIA and GMHC brought cheer to the Angel Orensanz Foundation for its annual holiday dinner benefit. One of the last events of New York’s fall gala season, the night still felt charged, attended by the likes of Donna Karan, Jason Wu, Amy Sherman-Palladino and Daniel Palladino, and Monica Lewinsky.

Before dinner, Karan was pursuing the art on the walls and placing bids for a few of the works in the silent auction.

“I started in the very, very, very beginning with Ross Bleckner; he did it at his house — this is many, many, many, many years ago,” said Karan of her longtime involvement. “And you see how this has evolved and it’s grown and grown,” she added, glancing around the packed historic venue, which was accented by long rows of tables. “You’re talking about a community that truly cares, and they will never give up — and that’s what beautiful — until they can give up. I’m the kind of person that’s not in the moment, but more about longevity. And I’ll be here as long as all these guys will be here.”

On the other side of the balcony during cocktail hour, another longtime AIDS activist was making the rounds.

Downstairs, the evening opened with a musical performance by drag trio Stephanie’s Child, singing “O Holy Night” and “Frozen.” Later, Sasha Velour took the stage for a solo number; the crowd had Wu to thank for arranging the entertainment. (If you missed it, ask Karan for some videos.)

The first honoree of the night, Nan Goldin, spoke to watching her community be effected by the AIDS crisis in the Eighties as well as their struggle to obtain new medications to prolong their lives. “ACRIA has helped to rewrite the language around the disease, to rewrite the stigma,” she said. “My role as an artist is to show the human side of the crisis and teach a true history of our lives.”

“It’s been such an amazing evening talking about many subjects. I think an interesting theme has come up for me,” said Cumming, capping off the night with his speech. (Earlier, Out magazine editor Phillip Picardi accepted the Love Heals Young Leadership Award.) “And what it is is that we’re talking about different times of our lives where there are different challenges, and we’re talking about in terms of the great work that GMHC and ACRIA does: why don’t we have a vaccination? We can have a cocktail of drugs that keep the disease at a low level…it’s so amazing that science has given us that, but I think it’s also utterly amazing that science hasn’t given us a cure.”