A mix of New York designers turned out for the AIDS charity's photo auction. 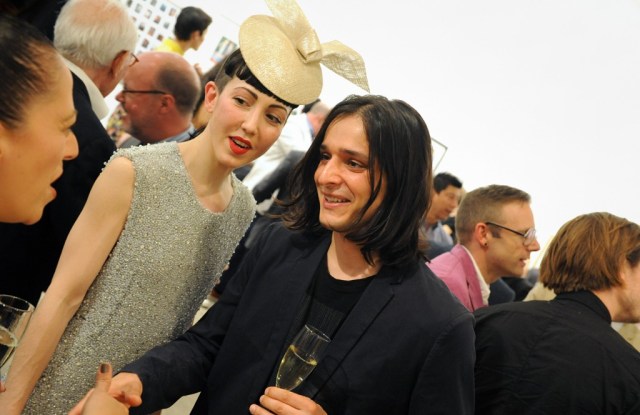 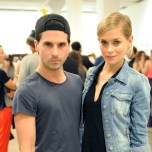 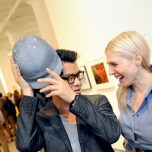 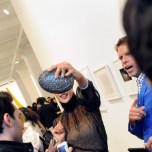 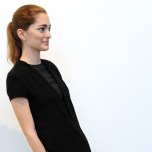 Olivier Theyskens can afford to be picky. “I tend to be more drawn to fashion pictures,” the designer explained on Monday night. “Like Arthur Elgort, Ellen von Unwerth and Craig McDean — I love this Craig McDean.” He motioned to McDean’s “Agyness,” a photograph of the titular model (though headless in the photo, one could deduce) lazing on a carpeted floor in nothing but her skivvies and a pair of fishnet stockings. “I’m really happy to see beautiful pictures like this here,” said Theyskens, who played host for the evening at ACRIA’s “Unframed” fund-raiser at the Sean Kelly Gallery in Manhattan’s Hudson Yards neighborhood. Various Stewart Shining-curated photographic works were up for grabs to support the charity’s HIV research and education programs. Guests milled around the sleek, Toshiko Mori-designed gallery, scanning the artworks and swilling assorted Belvedere concoctions. A late-arriving Prabal Gurung hugged Michelle Harper, in a Theyskens’ Theory beaded shift and a Philip Treacy fascinator, and Jenny Shimizu. Bibhu Mohapatra told friends he was looking forward to heading to his vacation home upstate in a few weeks (read: post-resort) where he maintains a chicken coop. Sofía Sanchez Barrenechea tugged a friend along the room’s periphery, studying the various artworks.

Peter Som considered his options. “There are so many great pieces,” he said. “I’m eyeing a few things, but I’m still debating. I don’t have much time left.”

“Can we have your attention please?” committee member Arden Wohl politely beseeched, momentarily taking over a microphone. “We just wanted to remind you guys that the bidding ends in 15 minutes,” fellow committee member Bettina Prentice said. Som darted toward a Cass Bird print.