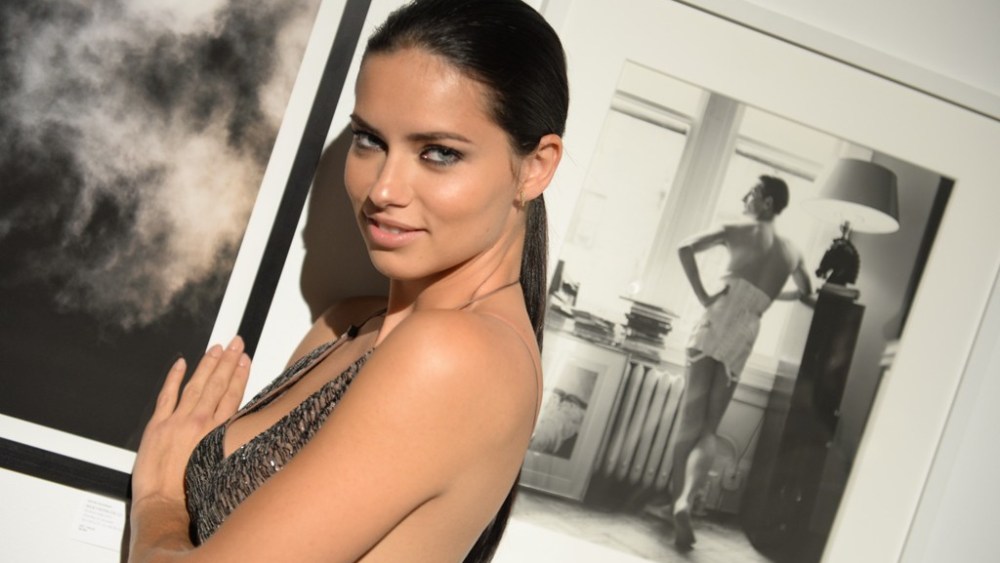 That was the line Stewart Shining used on everyone who dropped by to check out a colorful portrait of his up for auction at the The Young Friends of ACRIA summer dinner Wednesday night in New York.

In the image, a young man standing with his prodigious back to the camera just happens to be casting against a wall a certain, well, “wiener shadow,” as Shining so eloquently put it.

“This is a dear friend of mine. His name is Eian Scully, and I was pointing out the photograph of his, um, junk, is I think what the young kids call it these days,” the photographer elaborated.

When Adriana Lima and Karen Elson finally noticed the detail, they giggled like school girls. So did everyone else who passed by. This was a fund-raiser for an AIDS research organization, so everyone was looking for those moments of levity. ACRIA’s photography auctions always feature provocative images, and at this one in particular there was lots of skin on view — Inez van Lamsweerde and Vinoodh Matadin donated a full-body nude, their “Guinevere Descending a Staircase.” Vogue’s Hamish Bowles wore only a corset in a 1993 portrait by Steven Meisel. Giampaolo Sgura shot a young model looking out of a window at The Standard with nothing on but weights at her hips and a pair of high heels.

Pointing to Shining’s portrait, the photographer Jack Pierson, who had his own picture up for auction, a topless portrait, said, “This is clearly the best one.”

How did Shining’s own compare with all the other callipygian goods?

“Mine would be a negative-2 compared to Eian’s,” he said, misunderstanding the question.

Shining shot the photograph in Los Angeles in March when the model was coincidentally in town. Estimated value: $2,000. Eventually, it sold for $3,500. Overall, the charity raised some big bucks in one night, $300,000.

Shining, who has been ACRIA’s board president for five years, recently saw the AIDS drama “The Normal Heart,” which chronicles the onset of the epidemic in New York City, and it struck him that the movie and the organization serve a similar mission.

“There’s a whole generation that ACRIA tries to serve and address that does not know a world without AIDS, so for them to be informed of what those days were like, I think it’s an incredibly important historical piece, too,” he said.

Jason Wu also had young people in mind when he decided to start hosting the summer dinner last year.

The designer, who himself was eyeing some of the pieces up for auction — the Meisel and the Inez and Vinoodh — had just presented his Hugo Boss resort collection the day before. But he was to fly back to Germany on Thursday. What was he doing with the rest of his summer?