"I used to think that fashion was full of annoyingly good-looking, creative people — I was right," joked Ahmed. 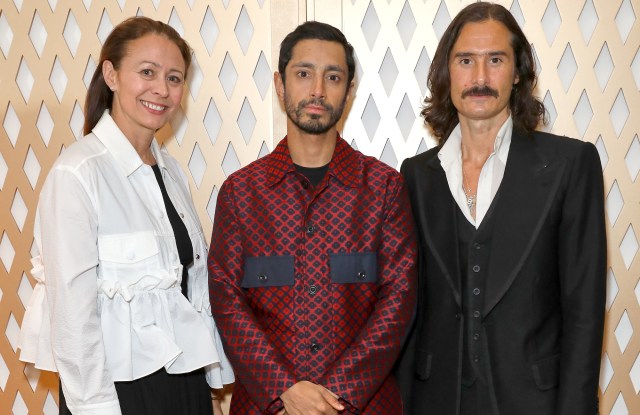 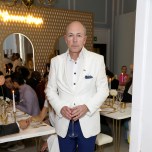 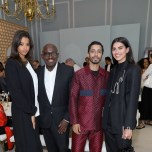 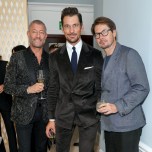 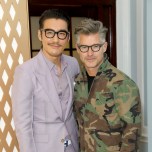 They took over the newly opened Moët Summer House overlooking the mall for the event, where they were joined by designers including Patrick Grant, Liam Hodges, Edward Crutchley, Oliver Spencer and Nicholas Daley, who dressed Ahmed for the evening.

“I used to think that fashion was full of annoyingly good-looking, creative people — I was right,” joked Ahmed in an off-the-cuff speech, in which he recounted his personal relationship with clothes. “For a long time, clothing was how I survived, in a weird way. I grew up in two different classes, two different cultures in a working-class Pakistani household in North London. It was a big part of my code-switching.

“[Fashion] is how you navigate the world when you don’t fit cleanly into one given box. I’d wake up in a shalwar kameez and a kurta and then put on a school uniform for my private school an hour and a half away,” he continued. “Then when everyone was playing rugby, I’d bunk off school and I’d go to Harrow bus station and put on my track jacket, my fake Versaces, and my Reebok Classics in green and white because of Pakistan….It was a big part of our identity; it was costume-changing so it’s no surprise that I became an actor where costume is such a big part of a character.”

Ahmed said he eventually stepped away from fashion, explaining that he came to see it as not only a form of expression but as simultaneously masking elements of his life — although he’s had a change of heart in recent years. “I’ve seen this amazing wave of British design talent come to the fore and really celebrate what is best about Britain, which is these juxtapositions, this diversity and mongrel-hood that makes up Britain. And in a time when people are trying to put forward such a purist, nativist idea of what Britain is, it’s so important that we celebrate those designers,” he said.

Gandy has been busy adjusting to his new role as a father to daughter Matilda, who is now six months old, while juggling his other baby: The London Sock Company, a purveyor of luxury gentlemen’s hose, sold via subscription or as a gifting proposition. “I invested in the company four years ago, when they were selling around 40,000 pairs of socks. We now sell 500,000 pairs of socks a year, which is forecast to double to 1 million pairs by next year and we are a best-seller at Fortnum & Mason, where we have a wall where you can go a fill a gift box with socks,” Gandy told WWD.

And while his “David Gandy for Autograph” loungewear collection for Marks & Spencer will mark its fifth anniversary later this year with an impressive 19 percent year-on-year growth (a lone beacon of success for the beleaguered retailer), he is also working closely with his longtime hairstylist Larry King, in whose business Gandy is an investor. “We’re building an empire of Larry King,” he explained. “The product line [which launched last year] will be expanded with shampoos and conditioners later this year and we are already looking to expand with other salons in London and internationally.”

After the dinner of Paignton Harbour crab salad followed by Cumbrian Blue Grey rib of beef, with Moët to match, many of the guests headed to the Browns and GQ Style party at Soho House, with Rush indicating that some time on the dance floor might be on the cards.