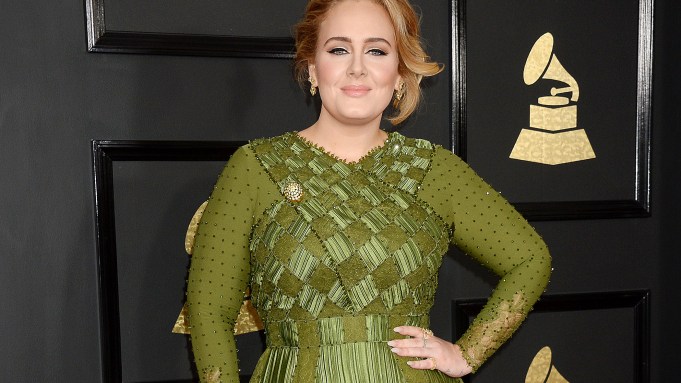 The 59th Annual Grammy Awards, hosted by James Corden at the Staples Center in Los Angeles, came with its share of surefire sensational red carpet moments and a few onstage surprises.

Leading up to the big day, buzz swarmed around Beyoncé, who dominated with nine nominations from the Recording Academy for her visual album, “Lemonade.” Although the mom-to-be didn’t take home every win, which would have cemented her as the leading female winner in Grammy history, she did nab the coveted “Best Contemporary Album” and “Best Music Video” awards after performing “Love Drought” and “Sandcastles.”

However, the big winner of the night was Adele, who, with five wins including Album of the Year and Record of the Year, graciously thanked Beyoncé. The “Hello” singer told reporters, “I am a Beyoncé fan. I remember when I was 11 years old, I was with some girlfriends, and we were practicing a song to do at an assembly. I probably suggested the Spice Girls, and they said have you heard [Destiny’s Child’s] ‘No No No’? And I was like, ‘no, no, no.’ I remember how I felt hearing her voice. I fell in love immediately with her. The way I felt when I first heard ‘No No No’ was exactly the same as when I first heard ‘Lemonade’ last year.”

First-time Grammy award-winner Solange Knowles looked to the late Nina Simone as inspiration for her politically charged album saying, “I really push to get my message through with the music and the artistry. I think all we can do as artists and songwriters is to write about our truth. It’s not easy. It’s hard putting yourself on the line. I just honor the greats and I look to Nina Simone who did that during a time…It’s interesting she’s being celebrated now, but she was really told to shut up. She was really told to just sing.”

When it came to fashion, another first-timer, Daya, decided to keep to her usual aesthetic in Balmain, saying, “I wanted to elevate my style a little for this, but still keep it what it usually is, kind of edgy-chic, in that world.”

Performances, awards and political statements aside, after parties were next on the agenda. “I’m going to have my first drink since a month,” said Maren Morris. “I fit into the dress. Now we can throw down.”