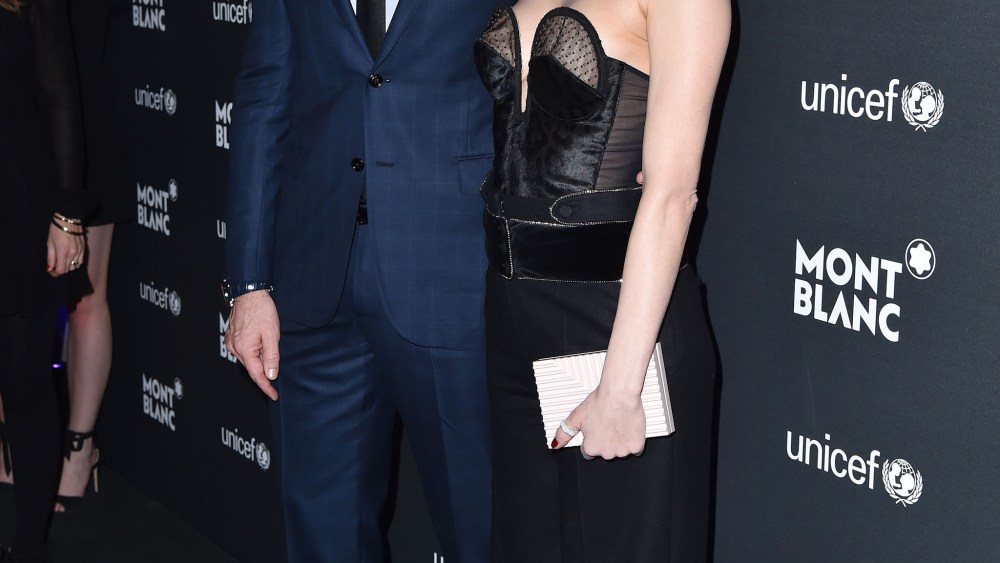 “My father, the one thing he talked to me about when I was growing up, apart from not eating with my mouth full, that one thing was get an education,” recalled Hugh Jackman, ambassador for Montblanc, decorated actor and father of two. “Whatever you do, make sure you get educated.”

Education was the cause célèbre at the New York Public Library Monday night. Jackman was joined by Diane Kruger, Rami Malek and Olivia Palermo, who all came out to support the launch of Montblanc for UNICEF, a limited-edition collection of writing instruments, timepieces, leather goods and accessories.

“You can buy a beautiful piece, and with each sale, the proceeds are going to education with a goal of making sure five million kids who don’t have quality education are going to get it,” said Jackman, who sported a midnight blue leather-banded wristwatch — from the collection. “With education, everything’s possible.”

Guests were greeted by cocktails and a colossal chalkboard, with the invitation to jot down memories of their early education. The grand archways of the historic hall had been transformed into an interactive classroom, of sorts. Gottesman Hall was virtually unrecognizable, with various workstations on-view where attendees witnessed calligraphy and leatherworking by craftsman. Pieces from the collection were not only utilized by the artisans but by attendees as well. Palermo and husband Johannes Huebl studied a display of decadent pens, while Kruger was fixated on watching the experts work their magic with the new equipment.

“In the past, I have traveled a lot for UNICEF. I’ve seen firsthand that they make a difference,” enthused Kruger. “You really know that the money is going to the people who need it the most. I think they’re a very honest organization. I was kind of honored that they invited me to come.”

The cocktails and activities were followed by a seated dinner, which involved a series of call-to-action speeches by influential actors and Nicolas Baretzki, who gave his first speech after assuming the role of chief executive officer of Montblanc on April 1.