The brand hosted a dinner with the cast of its #AerieREAL campaign, including Busy Philipps, Aly Raisman and Iskra Lawrence. 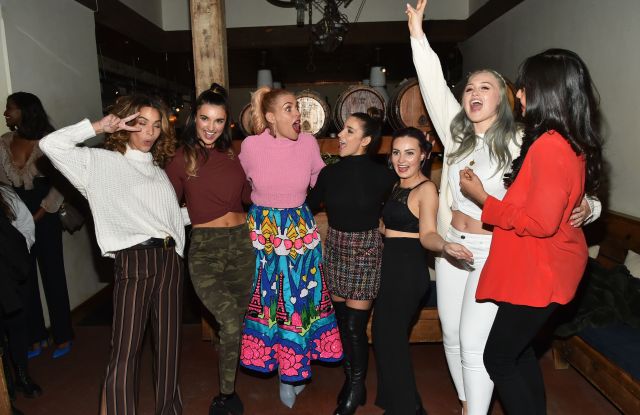 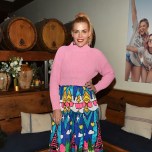 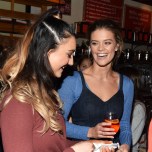 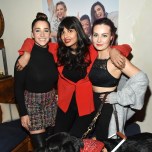 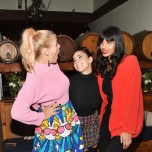 It might have been bitterly cold on Thursday night in New York, but the crowd inside Il Buco Alimentari & Vineria was nothing but warm spirits. There to celebrate Aerie’s latest campaign were many of its brand “Role Models,” including Aly Raisman, Iskra Lawrence, Busy Philipps, Brenna Huckaby and Jameela Jamil. Many of the new photos, which highlight diversity and are all unretouched, decked the walls of the cozy downtown restaurant. Upstairs, guests were greeted by monogram necklaces with their name engraved in the Roman and braille alphabets.

“Being involved with Aerie I think just takes my mission and what I want to give to the world a step higher,” said Paralympian snowboarder Huckaby before dinner. “What I want to give to other young girls who are going through an amputation or cancer or any physical difference is that their worth is their mind and their passion and their hard work.” The snowboarder is competing in the world championships this year. “I’m hoping for a medal there, and then I’m going to go for another Olympic game in four years,” she added.

Raisman, another Olympic athlete, echoed a similar sentiment, and pointed to one of her fellow campaign Role Models as her own personal one.

“I met Iskra a little over a year ago, and I just think she’s so amazing — she’s just one of a kind, an amazing person. I’ve really never met anyone like her. She’s very inspiring and just super kind and so genuine…she’s like she’s a unicorn.”

Building on her involvement with Aerie and its support of self-care, Raisman recently launched an app offering 15,000 free guided meditations.

“I’m really passionate about self care and encouraging others to take care of themselves,” she said. “Everybody is going through their own battles, everyone is going through something hard, everybody struggles in some way, and I think if we all take time for ourselves, it would be really helpful — even if you only have time for a one-minute meditation or even just one minute writing in a journal or talking to somebody, it’s better than nothing.”

Downstairs, Lawrence was greeting guests with hugs. Not surprisingly, Raisman made the list of her role models.

“Honestly, it’s actually the friends I surround myself with,” said the British model. “I was in a toxic relationship as a teenager when I had low self-esteem, and I found that a lot of my friendships were also not that positive. And so I really took time out when I was building my own self-esteem to surround myself with amazing people who will support me, who will help me learn. These woman today are like my sisters.”

When she learned about Aerie’s brand mission a few years ago, she put them down on her image board, and voila.

“I found that my body image was really affected by highly retouched images of myself,” she added. “This is a bigger movement. This is about really breaking down all the stereotypes that women have tried to attain to, this illusion of perfection and this beauty ideal that we’ve been sold for so long.”