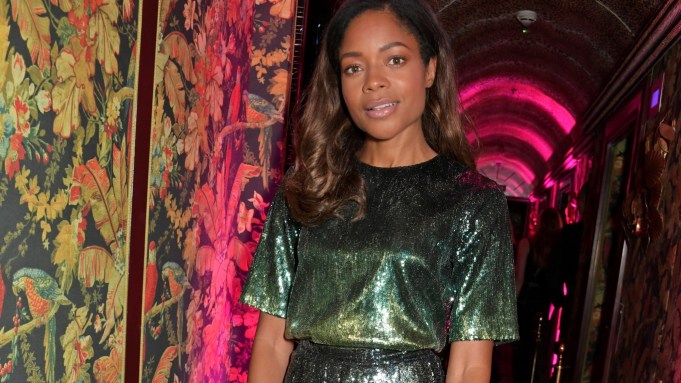 The scene outside Annabel’s on Berkeley Square was the stuff of nightmares. Agent Provocateur’s party had a start time of 9 p.m. and had reached non-negotiable capacity within 20 minutes.

The guest list-wielding gatekeepers on the door were similarly unyielding. With a strictly enforced one-in-one-out policy, even upon the VIP guests, the line moved slower than a glacier and no amount of cajolery, flattery, intimidation, name-dropping, shade-throwing, foot-stomping (of which there was an alarming amount), menacing, or veiled threats of professional/personal/social destruction worked to advance admission.

Guests were drip-fed through the door and descended into further mayhem, albeit of a far more jovial nature. The party, in celebration of Agent Provocateur’s fall 2019 campaign, was co-hosted by Sink The Pink, an LGBTQ+ collective of artists, performers, set designers, costume makers and choreographers, which amounted to a high-glamour, high-camp event.

Towering queens in Agent Provocateur corsets, garter belts and hosiery presided over photo booths, while another — who accessorized his unmentionables with statement mutton-chop sideburns — marshaled courageous guests into live karaoke performances of “9 to 5” and “I Wanna Dance With Somebody.”

Missé Bequiri was more magnanimous than the seething masses outside: “Come on! Who doesn’t want to party with Agent Provocateur?”

The model and former star of “The Real Housewives of Cheshire” had recently shot a social campaign with the brand and relished the experience. “I really loved modeling for AP,” she told WWD. “I had modeled lingerie in the past but I think I loved it more this time because now I am a mum. And I have learned to respect my body in a different way. Before the baby, I always needed to be perfect but now, as a mother, I just think, ‘I’m a sexy mum. This is me; this is my body.’ And AP is great for that. It’s designed in such a sexy way that it empowers the woman who wears it.”

Spice Girl Mel C provided a DJ set that got the lively crowd moving. Among the fracas were guests including Lily Allen, Daisy Lowe and Ella Eyre — all in pieces from Agent Provocateur’s fall — as well as Clara Paget, Brooklyn Beckham, Naomie Harris, Tinie Tempah, and Mary Charteris.