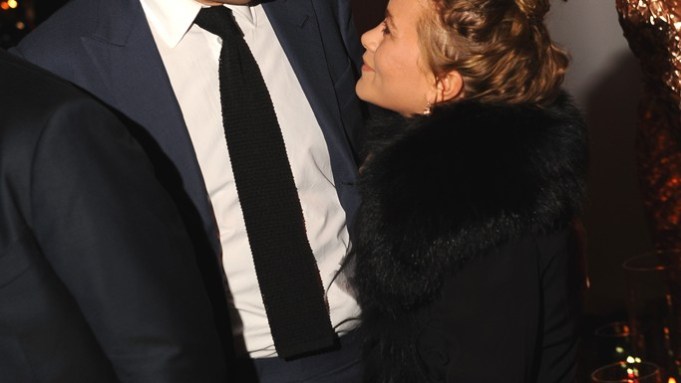 When superpatron Agnes Gund’s name is on the invitation, it is sure to drum up the support of some of the art world’s heaviest hitters. Artists, dealers, and collectors aplenty were on hand Tuesday for a 35th anniversary gala for Studio in a School, the nonprofit founded by Gund, held at the tented Seagram Building Plaza in Midtown.

“You don’t have a balanced life if you don’t have art,” said Gund, dressed in an emerald, floor-length Lanvin frock. Founded in 1977, the organization brings professional artists into New York public schools whose art programs have been significantly downsized.

“Art shouldn’t be prohibited in public schools when kids in private schools always get it,” Gund continued.

Jeff Koons, who was honored at the affair, echoed the sentiment.

“Art is always crucial,” he said shortly after posing for photographers. “For some people, art really lets people externalize ideas. They understand concepts in physics and mathematics more clearly, where if they were left to only use these other expressions of knowledge, they’d be incredibly limited.”

Fellow guests such as Dorothy Lichtenstein, Larry Gagosian, Vera Wang, Yvonne Force Villareal and Vito Schnabel, who arrived with a very pregnant Jemima Kirke on his arm, roamed the tent taking in the fruits of the organization’s labor: artwork created by the program’s students. Champagne flutes circled the crowd along with kid-friendly hors d’oeuvres including mac ’n’ cheese bites and peanut butter and jam tea sandwiches. Stavros Niarchos, with gap-toothed gal pal Jessica Hart in tow, hit the bar shortly after arriving. The shipping heir, who removed his bow tie and unbuttoned the top button of his dress shirt promptly after realizing a tuxedo might have been overkill, narrowly missed ex Mary-Kate Olsen, who snuck in with current beau Olivier Sarkozy just as the last latecomers were seated for dinner.

Guests sat at decorative tables — tablecloths and place mats were also student creations — to feast on more quasi-kid-friendly fare like butternut squash soup with a goat cheese and fig jam crouton and chicken pot pie with swiss chard and baby turnips. Bowls of M&Ms and crayons served as table settings.

The crowd got into the childlike spirit, refusing to pipe down when Patty Harris, filling in for an absent Mayor Michael Bloomberg, attempted to begin the ceremony. “Can I please have everyone’s attention?” the deputy mayor asked impatiently. “I thought we should, like, begin the program…”