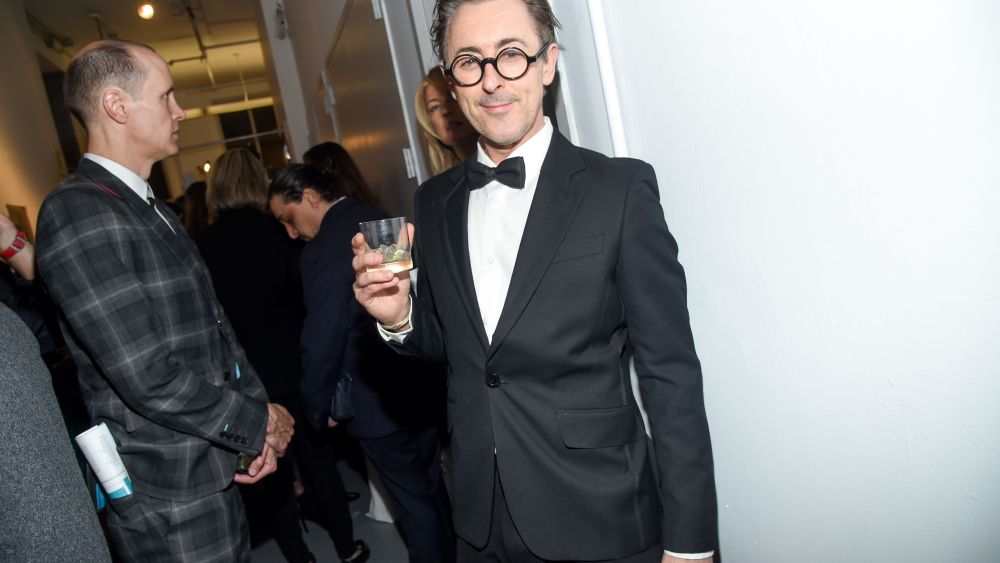 “Act normal,” a leopard-coated woman instructed as she filed through the narrow hallways inside the New York Academy of Art. “Do you know who that was?”

The five floors of the graduate art school were flooded with patrons on Monday night for the annual Tribeca Ball, which raises funds for the school’s scholarship program. Artwork by the institution’s students dotted every nook and wall, accompanied by various other artful displays — musicians, feathered stiltwalkers.

Event cochair Brooke Shields was holding court by the bar on the fourth floor, bottle of sparkling water in hand. “Did you not recognize it was me?” she remarked upon greeting a friend, in jest. “I finally wear something kind of sexy and people go, ‘Oh I didn’t recognize you.'” Shields had come out donning a tuxedo-inspired look, complete with sheer bustier. “My daughter comes into my room and she sees this top, she looks at me and goes, ‘Scandalous. Scandalous.’ She’s 10!,” she continued. “They’re torn between wanting their mom to look that way, but not too much that they’re not maternal. If you’re too sexy, you’re not necessarily maternal, because they feel like they have to share you.” Fair enough. Shields was clearly a popular figure in the room, although she had somehow managed to purchase a small piece of artwork despite all of the hobnobbing. “It’s a picture of a Christmas ornament,” she explained.

Nicole Miller has never walked away from the event empty-handed. “I haven’t found my piece yet [for this year],” she said. “My husband is like 10 steps ahead of me. We usually agree on the artist, but we don’t always agree on the piece by the artist,” Miller continued. “One year he got one thing and I said, ‘Yea, but I really wanted the other thing,’ so he went back and got it.”

For those in the crowd who didn’t manage to purchase a new piece of art during cocktail hour, they had another chance during the Daniel Boulud-catered dinner, when Shields and cochairs Alain Bernard, Christina Di Donna and Naomi Watts slipped on cupcake headbands designed by painter Will Cotton to round up $5,000 donations from the crowd. Guests were offered a signed print by the artist, the night’s honoree, in return for their donation. Those who were feeling less flush were able to take home one of the colorful wooden animal cutouts — lions, elephants, etc, oh my! — lined up in the center of each table.

Cotton, who trained at the academy in the Eighties and is now on faculty, has been attending the annual fund-raiser for many years. How did Monday night’s event differ for the artist, given that he was being honored this year?

“I feel more special,” he said.