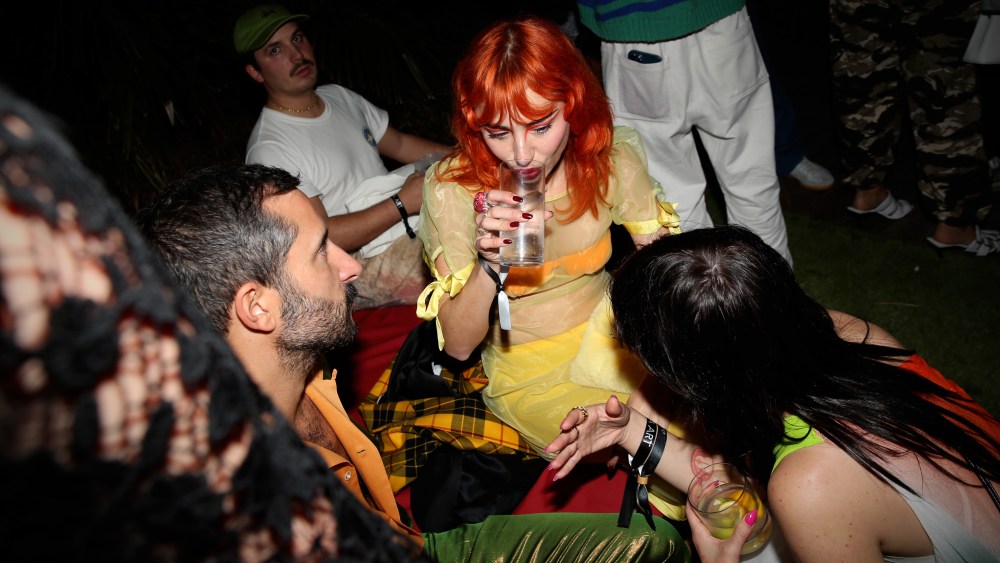 At the Faena Hotel — a cultural hub during Art Basel Miami Beach — on Tuesday night, a lively crowd was celebrating Pilar Zeta’s new site-specific beach installation. The evening began with a casual dinner followed by a theatrical late-night after party at the Faena Theater. Guests lingered around the hotel’s pool, which was occupied by Carlos Betancourt’s Immersive Iceberg installation, as the sound of live drum performers and bids for an auction taking place inside the Faena restaurant carried over to the buffet dinner spread. (Multiple guests praised the empanadas on offer.) Drag queen Violet Chachki was huddled by the bar with a group of friends including Richie Shazam. Chachki, set to perform later inside the theater, donned a sequined look by afterparty sponsor Jean Paul Gaultier (“For now,” they added, teasing a costume change to come).

Nearby, Alan Faena — who had celebrated his birthday at the hotel the night before with friends including Len Blavatnik, Ronnie Wood and Hans Ulrich — was making the rounds. Later, he led a small group down to the beach for a barefoot walk-through of Zeta’s installation, a reminder that — ah, yes, we’re all here for the art.