The evening fêted the Philharmonic's 176th season with a performance of Gustav Mahler's Symphony No. 5. 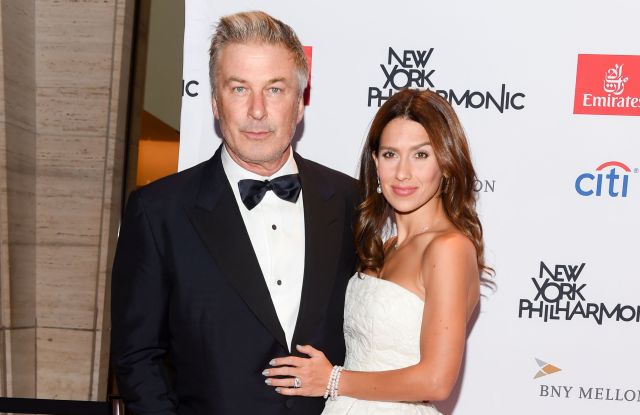 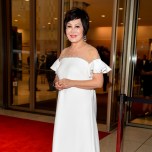 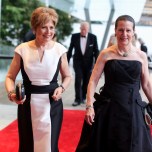 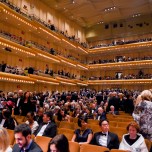 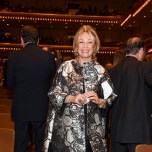 A small group of casually dressed onlookers gathered in front of David Geffen Hall in Lincoln Center on Tuesday. “Are they all famous?” they asked each other as a steady stream of black tie-clad guests arrived for the Opening Gala of the New York Philharmonic’s 176th Season.

While not all of the glittering guests were household names, Philharmonic board member Alec Baldwin stood out in the crowd. The actor, who attended with wife Hilaria Baldwin, held court during a cocktail reception ahead of the performance of Gustav Mahler’s Fifth Symphony led by music director designate Jaap van Zweden, who will permanently take on the role next year.

“I wasn’t surprised, I thought he was going to win, but then you have that moment of ‘Oh God, what if he doesn’t?’” said Hilaria Baldwin of her husband’s recent Emmy. “I feel like it would let America down if he didn’t [win].”

The actor, wearing a midnight blue Tom Ford tuxedo, was asked if he expected to receive a message of congratulations from the President for his Emmy win?

“No,” he said flatly. “Trump comes back to New York and addresses the United Nations [today]. It just keeps getting weirder and weirder. Seeing him up there on news stations, I get dizzy. I can’t believe it.”

At that very moment, another guest approached with her best Baldwin-as-Trump impression. “Excuse me but I’m a yuuuuge fan,” she cooed.

Donning a snow white Carmen Marc Valvo gown for Tuesday’s gala, Hilaria Baldwin recounted her Emmys fashion emergency just before departing the Beverly Wilshire Hotel on Sunday. Moments before the couple’s car arrived, the zipper on her gown malfunctioned and in a moment of panic, she enlisted the help of a tailor from the hotel’s Escada boutique. “I had to get cut out of it later, which was rough. We had a friend do it — I didn’t want to give [Alec] a pair of scissors to couture. It’s not a good idea.”

Baldwin, who sits on the board of the Philharmonic, noted that such events are important for the organization, but emphasized the need for continual fund-raising throughout the year. “Keeping this place afloat comes at a ridiculous price. The Philharmonic is doing fairly well, but costs never go down. In the past I’d walk in with ideas for programming and now I ask how we are going to raise money and cut costs.”

Despite the need for constant capital, newly appointed president and chief executive officer of the Philharmonic Deborah Borda sees a bright future for the institution, which has a broad history.

Suddenly the sound of ringing bells interrupted Borda’s sentiments. The crowd was being encouraged to quickly abandon their highballs and file into the mid-century auditorium.

Kate McKinnon, also fresh from an Emmy win Sunday for her portrayal of Hillary Clinton on “SNL,” sat discreetly by herself in an aisle seat. The actress, who was attending “just for the music,” hadn’t been to a symphony concert since high school. Skipping the cocktail party, McKinnon dressed casually in a blue and white striped top, cotton blazer and jeans.

While the comedian quietly ducked out after the 106-piece orchestra’s dramatic performance, others floated across Lincoln Plaza to a dinner reception in a tent constructed on the former footprint of New York Fashion Week.

Still taken by Mahler’s stirring score, Baldwin offered his opinion of the institution’s lasting appeal. “I’ve said this before, but the movies often disappoint me. The theater sometimes disappoints me. But when I go to the symphony, the symphony never disappoints me.”