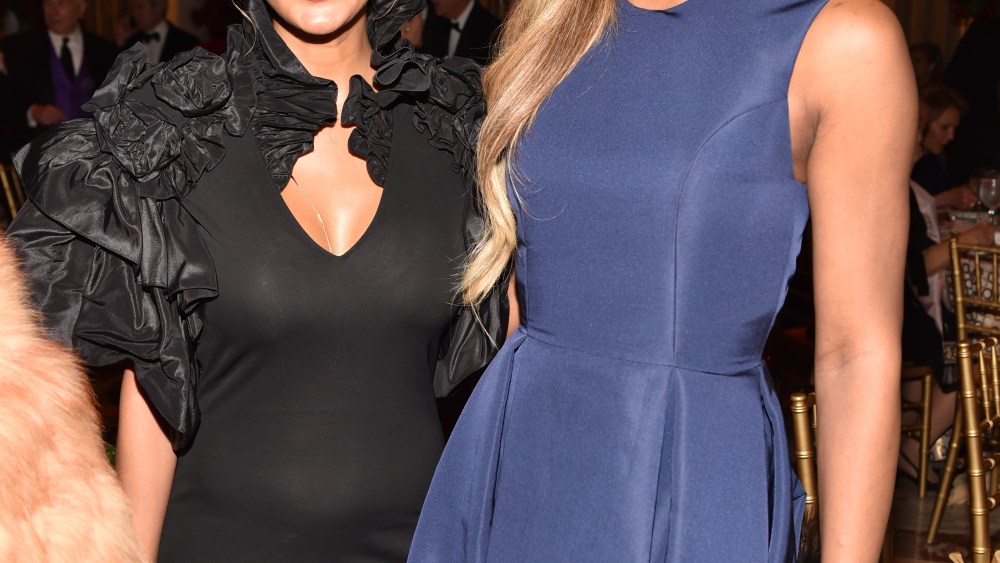 The American Ballet Theatre continued its 75th anniversary festivities on Wednesday, with its fall gala at the David H. Koch Theater in Lincoln Center. The evening — which included a performance of three contemporary works, as well as dinner — also served as the coming-out cotillion for the company’s three new female principals: Misty Copeland, Stella Abrera and Maria Kochetkova.

Guests including Alec Baldwin, Laverne Cox and Sasha Cohen took in the revelry, with a new choreographed work by Mark Morris among the reasons to celebrate. Morris’ piece, which made its world premiere last week during ABT’s residency at Bard College, was performed in a spectrum of pink and orange jumpsuits designed by Isaac Mizrahi. On hand Wednesday to see the costumes’ Lincoln Center debut, Mizrahi said of his attachment to ABT: “I grew up watching it, I grew up with many friends in the company — for me it was always the hometown company.”

ABT artistic director Kevin McKenzie felt that incubating Morris’ work at Bard was instrumental to its success on Wednesday. “It was great to be able to open Mark’s new work before we did it in New York. You know, the dancers are amazing, but everybody the first time they put it on, they don’t own it. They really owned it by the time they opened [the work] tonight, it really showed, I thought they looked wonderful,” he said.

Newly appointed ABT principal dancer Copeland was not cast in the gala’s repertoire (she’ll make her Lincoln Center fall season debut on Saturday night), but was still lapping up the experience of her first formal ball as an étoile. “It’s amazing, it still doesn’t feel real especially in the fall season it’s really about ABT as a company, almost approaching it as an ensemble — I feel like when we start working on the full-lengths it will feel more real,” she said. So far, though, upgrades including a promoted dressing room assignment and a feature in the company’s lobby placards and playbills are sufficient. “It’s the little things,” she said.