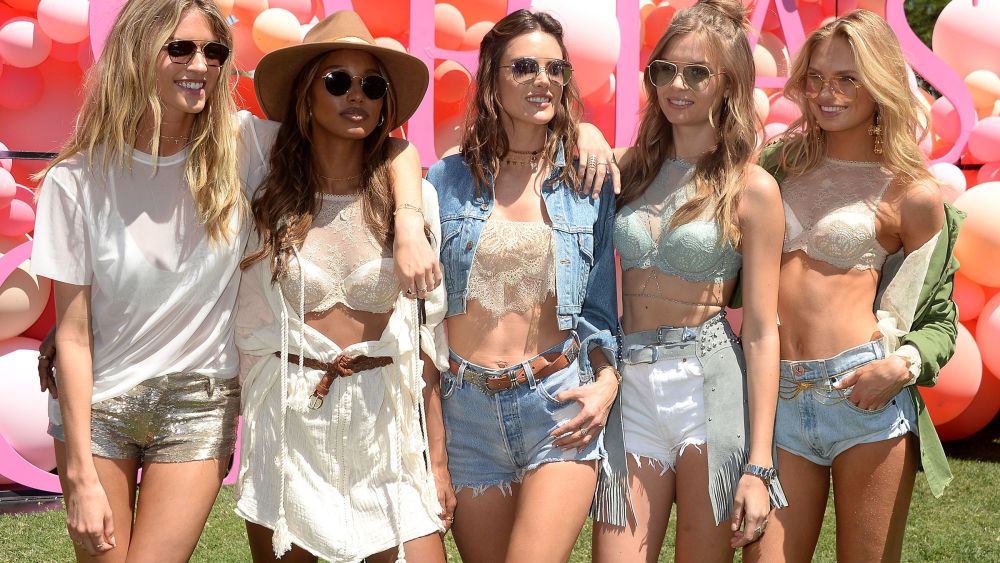 The last thing one might expect at a party for models is two decadent cakes. And yet that’s exactly what was on the menu at the Victoria’s Secret Angel Oasis in Indio, Calif., on Friday, where a stable of the lingerie brand’s scantily clad models kicked off the Coachella Valley Music and Arts Festival in their desert best. Think short-shorts, Jacquie Aiche body jewelry, designer boots and lacy bralettes from the Sexy Little Things collection, the latter of which was on display in a showroom inside the sprawling mansion where the daytime bash took place.

The cause for the Instagram-able confections: Josephine Skriver’s 24th birthday, which she celebrated alongside fellow Angel Ambrosio, who turned 36 a few days prior. “I got the most beautiful cake from my Victoria’s Secret family who I love so much!” squealed Ambrosio, whipping out her phone to show off the photos of the psychedelic, desert-themed, three-tier “Coachella cake,” while Striver’s featured a glittery gold and black theme.

Non-birthday girls Jasmine Tookes, Romee Strijd and Martha Hunt had plenty of social media-worthy moments to share, too, thanks to a denim customization bar, floral chokers and their VIP ride to the two-day event: an Angels-filled helicopter (hey, it’s the only way to beat desert traffic).

“This year is a little more special because this is the first time Victoria’s Secret is here, so I’m very happy they made it,” said Ambrosio, who has attended the music festival a whopping 13 times. The Brazilian beauty paired her nude bralette with Valentino boots and a pair of denim cutoffs from Re/Done, her husband Jamie Mazur’s line. “I feel like the whole trend started last year. You’d see lingerie underneath your clothes, and then this year Victoria’s Secret made a massive collection to be seen. It’s fun, it’s cute, it’s comfortable and that’s it,” she said of embracing the underwear-as-outerwear trend.

The night before, Ambrosio donned a bit more clothing to show off her Ale x Revolve collection at the Hot Nights in the Desert poolside dinner, the first official party of the weekend. The hostess, in a long-sleeve cream-colored frock from her first spring collaboration with the online retailer, dressed up model pals including Jasmine Sanders and Sara Sampaio in her signature “rock ‘n’ roll, bohemian” wares. “It looks better than in [print] when you actually see your friends wearing and accessorizing the way they want,” she said. 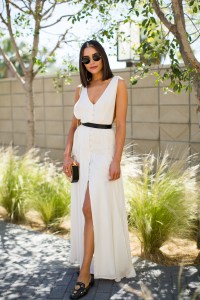 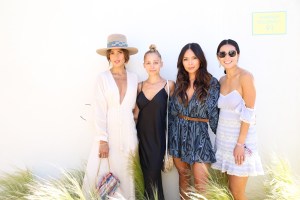 Sanders also popped into Friday’s Revolve brunch for House of Harlow 1960, where creative director Nicole Richie hosted Brooklyn Beckham, Kristina Bazan, Aimee Song, Camila Coelho and Olivia Culpo. Revolve continued to cater to fashion lovers and ubiquitous influencers throughout the weekend, thanks to their takeover of the Arrive hotel, which featured a pop-up shop with exclusives by their in-house brands Ahlem, Lovers & Friends, For Love & Lemons, Agolde, Beach Riot, Majorelle and Madeworn.