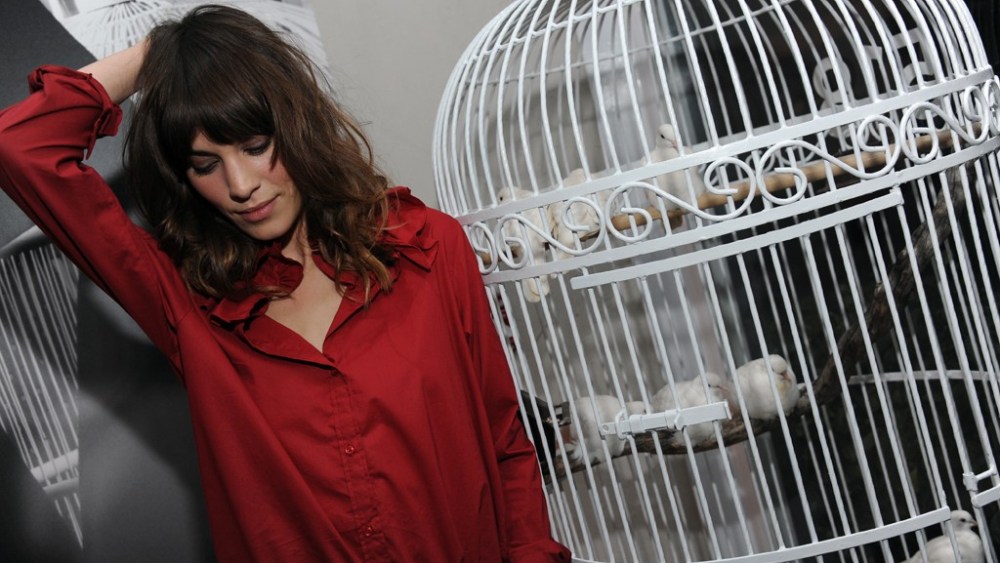 Fronting an ad campaign is nothing new for Alexa Chung. The television-host-slash-DJ-slash-model has done turns for a number of brands in recent years (Superga, Pepe Jeans, Vero Moda, among them), but for Chung, it’s still a bit odd seeing herself in the role. “I’m such a poser,” Chung said between drags of her cigarette on the back patio of Chelsea’s Hotel Americano on Thursday night. The Brit was there to fete Maje, the latest brand to enlist her for their advertising campaign. “It looks a bit like a ‘SNL’ spoof, doesn’t it?,” she asked.

Partygoers lingered at the entrance to take in the black-and-white campaign video — which looked nothing like a “Saturday Night Live” spoof — projected on the wall of the sleekly outfitted hotel bar. In the video (along with the accompanying photography lensed by Glen Luchford), Chung meanders blithely through a subway car parked in the Porte des Lilas station in Paris. “It was shot in this closed-off subway. It was actually quite creepy down there at that hour,” Chung, in a cherry-red silk blouse and black tuxedo trousers, said. “We shot it very early, like crack-of-dawn type sh-t.”

Later, guests began amassing around the stage stationed at the back of the bar where alt-folk sibling duo Wild Belle was about to take the stage. Ombré-locked lead singer Natalie Bergman began to croon, and Chung got the dance party started while her Strokes guitarist beau, Albert Hammond Jr., chatted with friends nearby. Chung took to Twitter to convey her sentiments: “party in full swing!”