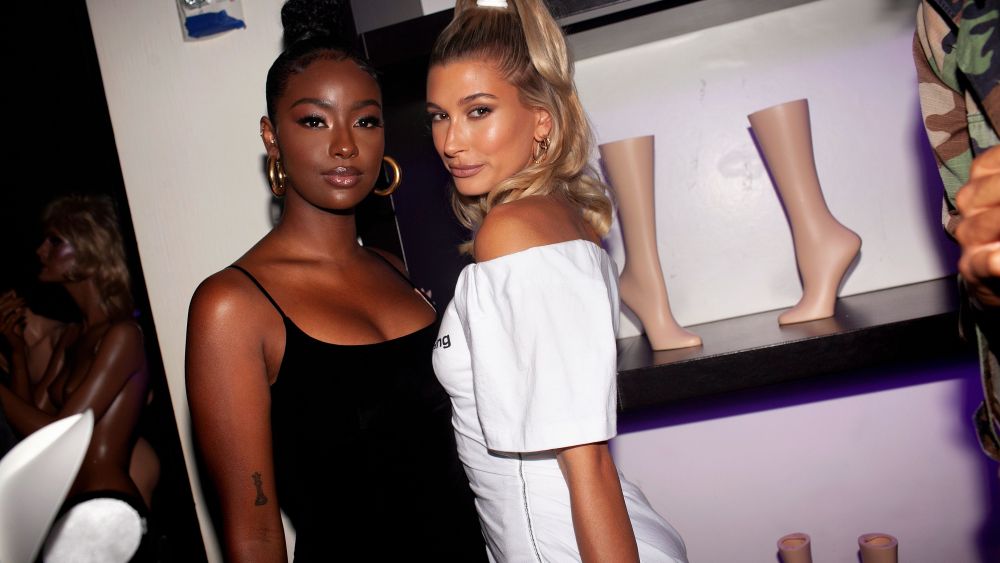 Maybe they heard that the party was lit.

Just over an hour into the A.W. Bulgari’s fete — celebrating Alexander Wang’s new collaboration with Bulgari — on Saturday night, the FDNY made their way through the second floor of the former Henri Bendel department store. The historic Fifth Avenue space had been transformed into a hazy neon-lit club, with the empty jewelry cases repurposed as bars.

“This is actually the first location that I wanted and the first time we tried it wasn’t available,” said Wang from the roped-off VIP area. “And we ended up looking and looking, and we didn’t end up finding anything else. And I was like, you know what, try them again. I guess there is value in persistence.”

The designer greeted a steady stream of guests including Dua Lipa, Hailey Bieber, Offset, Quavo, G-Eazy, Tiffany Haddish, Sydney Sweeney, Sadie Sink and Sofia Richie, who lingered next to Eighties-style mannequins looking like they’d been partying too hard for a few decades too long.

“The whole inspiration behind this party was really this idea of the department store after dark. “Mannequin,” the movie from the Eighties, was a huge starting point,” Wang added. “I thought well, wouldn’t it be so fun if we could re-create each department and turn the cosmetics into the dessert bar, and make the fragrance station another bar and do a jewelry station like an ice cream station?”

Afterward, the designer has another club-party on the docket; on Tuesday, he’s hosting a screening of “Hustlers” with J.Lo.

Speaking of hustlers, Rick Ross took the stage later in the evening, joined shortly after by Wale as “Everyday I’m Hustlin'” blared from the DJ booth; Normani also performed a short set. At one point, someone tossed a wig up at the balcony-level stage.

“Alexander Wang, he’s part of the culture, you know what I’m sayin’?” said Quavo from behind jewel-rimmed glasses. “I’ve been rocking Wang for a long time, he was doing the Adidas and Wang collab, and just to see him do his own thing — of course, he’s gonna do his own thing — but just to see him doing so good and so well, it’s a blessing. And I shout him out in my song “Ice Tray.” I say, ‘Alexander Waaang, park it at the Flame.’ So I’m always shouting him out in our music. And he’s a great designer.” (He misquoted his lyric, but it was the thought that counts.)

The rapper was joined soon after by his Migos partner Offset (Takeoff has been MIA from NYFW); the trio is hoping to drop their next record in the fourth quarter.

“Migos all together as a group, we’ve just been staying together and just working, working, real hard,” Quavo added.

Welcome to the club.