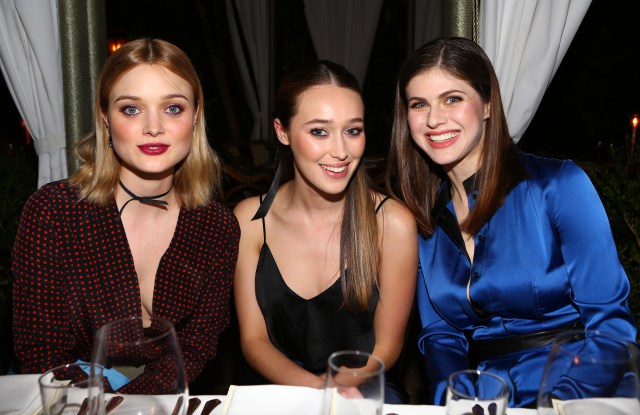 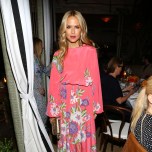 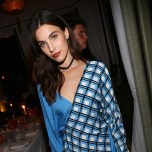 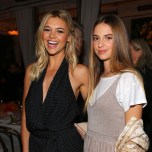 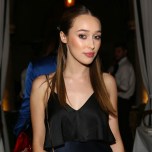 “For those of you who can’t understand a word I’m saying, it’s because I’m from Bonnie Scotland,” said Jonathan Saunders, who was in Los Angeles for the week for both work and play. The chief creative officer of Diane von Furstenberg was the guest of honor at a Chateau Marmont dinner hosted by Lisa Love on Thursday night.

Surrounded by starlets Alexandra Daddario, Alycia Debnam-Carey, Bella Heathcote and Kelly Rohrbach — who were all wearing his colorful printed wares — Saunders soaked up the Hollywood atmosphere. “We should elect you president…of Chateau Marmont,” said Love.

Carey, who is about to begin filming Season Three of “Fear the Walking Dead,” was enjoying her first fashion dinner. “This is where you get to meet other actresses who you don’t work with, then later you can say, ‘Ah, right, we met at that dinner for so-and-so,’” she mused.

“I can’t wait until it comes out in May,” said Rohrbach. “I just saw some clips of it today and it’s really funny. It’s like how the movie version of ’21 Jump Street’ poked fun at itself.”

The movie also reunites Daddario with her on-screen dad from “San Andreas,” Dwayne Johnson, who steps into David Hasselhoff’s shoes.

Heathcote is also starring in another hotly anticipated film come February, “Fifty Shades Darker,” in which she plays Leila, one of Christian Grey’s ex-submissives.

“It’s been great, it kept me out of trouble,” she said of filming the movie back-to-back with her show “The Man in the High Castle” and the film “Professor Marston & the Wonder Women.”

Heathcote also just got her first peek at the “Fifty Shades” footage and joked of her ability to play slightly psychotic beauties, “I guess that’s what I relate to. Hopefully I have some more coping mechanisms than Leila. I’m not quite at the stalking stage yet.”

Elsewhere, stylists Rachel Zoe, Petra Flannery, Simon Robbins, Cher Coulter and Jamie Schneider palled around with Destry Allyn Spielberg, Carson Meyer and Talita von Furstenberg, and at the end of the evening, there was a surprise cake for Saunders’ 38th birthday, prompting him to say, “God, I’m getting old,” before blowing out the candles.