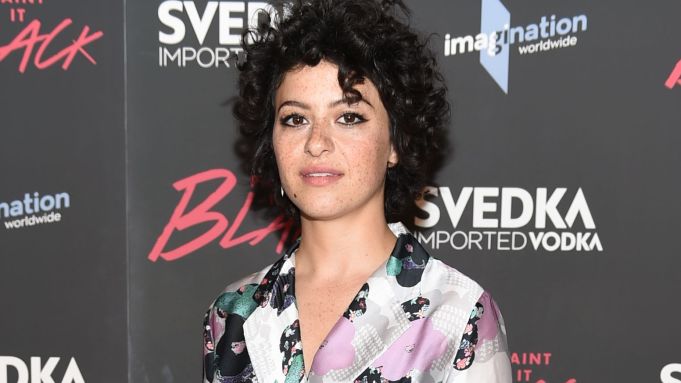 Amber Tamblyn, Janet McTeer and Alia Shawkat gathered at the Museum of Modern Art on Monday night for a special screening of “Paint It Black,” Tamblyn’s directorial debut. Tamblyn’s father Russ was also there to support his daughter, whom he revealed he used to coach.

“She did the soap opera ‘General Hospital’ and I used to go with her to the set, stand next to the camera because the director isn’t there usually — they’re in a booth and they just want to get the scene over with,” he said. “I would watch the rehearsal and she’d look at me when she’d finished and I would either call her out or I would give her a thumbs up. Most of the time, it was a thumbs up. She’s just a natural talent.”

He appears in the upcoming revival of “Twin Peaks,” which he says was a “pretty intense” filming process. “I only worked a couple of days on it and they shot for like, four or five months, so I’m not in it that much,” he said. “I don’t know what to expect and I’m looking forward to it.”

Shawkat, known for her role on “Arrested Development,” shared that she was eager to join Tamblyn’s project because “not a lot of people had seen me for these kinds of roles, so that was interesting because it was a challenge.” She plays Josie, a young woman seeking understanding and comfort after her boyfriend, Michael, takes his own life.

“I have had some experiences in my life where something similar like that happened — never someone as close to me as my boyfriend, but yeah,” she said. “Mental health in general, once it is in a film, you realize that it’s not brought up a lot at all. It’s a very delicate thing and in real life, it’s something that’s avoided. People don’t know how to do it because you can’t see it. Someone says you have cancer, they’re like, ‘Okay, we’ll go get you fixed.’ But it’s the same with mental illness. I’m proud to be a part of a film that’s talking about it.”

Met Museum Responds to Celebs Smoking at the Met Gala