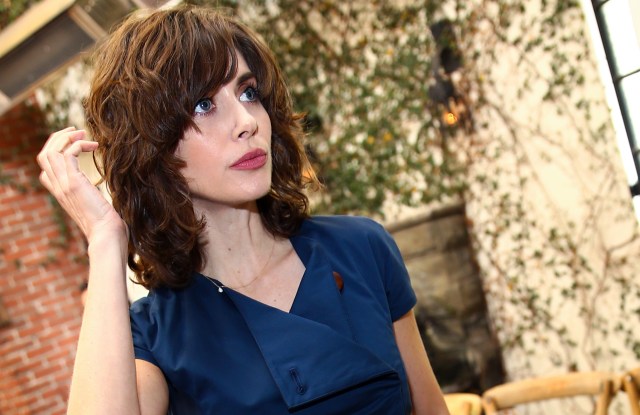 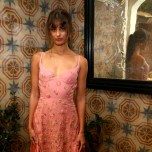 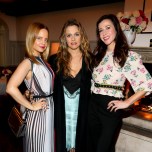 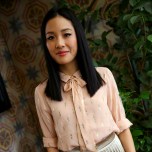 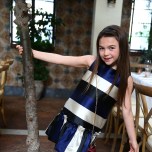 “How fun of a term is that?” asked Alexandra Ship, one of the actresses who gathered for W magazine’s annual It Girl luncheon, held the day before the Golden Globes at AOC. “It is flattering but it’s also scary because it’s like, ‘What is ‘it’ and how did I get it and where do I sell for money, because I’m a starving struggling actor,’” she laughed.

Shipp should have been encouraged by her peers, many of which whose stars have risen since their initial “It” status. Those included Alison Brie, Taylor Hill, Alicia Silverstone, Tracee Ellis Ross and Andrea Riseborough.

Shipp, who appeared in “X-Men: Apocalypse”, will appear in another “X-Men” installment this year, along with a young adult love story called “Love, Simon” for 20th Century Fox.

“It’s the first time a studio has taken on a pro-LGBTQ love story and done it in a way that made it not odd. It made the characters relatable. People are always so scared about making pro-teen LGBTQ content but if I had seen a movie like this when I was younger, it would have been easier for me to not adhere to other people’s ideals and to be ok knowing that I’m OK. I think it will have a positive effect of the youth of 2018,” she said.

She said the experience has made her “a little less fearless to ask for what I want and be pleasantly surprised at the outcome.”

Hong Chau, who earned a Globe nomination for her supporting role in Alexander Payne’s “Downsizing,” was also pleased with the turn her 10-year career has taken.

“This is only my second movie. The one I did before was Paul Thomas Anderson’s ‘Inherent Vice,’ another director I never thought I’d get to work with because they only make movies every five or seven years,” Chau said. “I’m so glad that somebody decided to give them money to make this kind of movie because you don’t see a lot of creativity or originality in big studios anymore. I’m optimistic I’ll get to work on more stories that are personal and not just entertainment. Not only me, but different actors, not the same old same old.”

Another actor who’s been plugging away for over a decade is Sanaa Lathan who came with her friend, classical pianist Chloe Flower. Lathan just joined the cast of “The Affair” and has am upcoming dramedy called ‘Nappily Ever After’ on Netflix that is based on a book about a woman going through a midlife crisis who decides to shave her head.

“I was bald,” she said. “We finished shooting in October so this hair is growing in. I wanted to Chloe to do it with me, but she refused.”

“Every single role, we go out against each other but it’s this really cool thing, like if she doesn’t get it and I get it it’s OK, we are happy for each other,” said Arjona.
“I don’t really believe in competition. Even if you are the best actress or the worst actress, they are looking for something specific, and it has nothing to do with you. You have no control over it, so why be jealous or envious?”

For her part, Gonzalez said she had an exciting year ahead with James Cameron and Robert Rodriguez’s sci-fi flick “Alita” Battle Angel” coming out in June. “For me it’s about being bold with choices. Especially being a Latina, to be able to show diversity and not be stereotyped,” she said. To that end, last year she also made an indie with Lucy Fry, a movie with Steve Carell and one with RZA from Wu Tang Clan. She also teased that she has a starring role in a music video for a major singer coming out in two weeks (Justin Timberlake, anyone?). “In a million years I never thought I’d get one movie let alone to be working constantly,” said Gonzalez.

Emily Meade was just happy that she made it to L.A. for the weekend. The New York-based actress from “The Deuce” was delayed for a day, but her stylist didn’t make it. “I just worked with her assistant and dresses that were here in L.A.,” she said. “It’ll be black, but with some sparkles.”