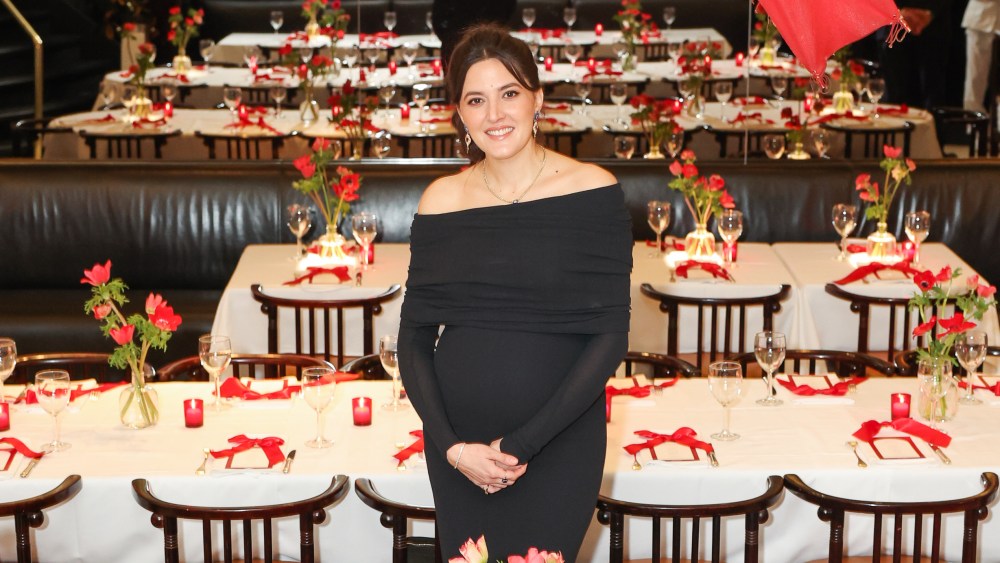 Alison Lou has played a role in many memorable moments — including several high-profile engagements — and on Wednesday night many of the jewelry brand’s nearest and dearest supporters were at Mr Chow to pay homage to a major milestone. The New York-based brand, founded by Alison Chemla in 2012, hosted a festive holiday dinner at the iconic uptown restaurant to celebrate its first decade in business.

“It’s so nice to see 100 of my close friends here tonight,” said Chemla, a native New Yorker, early in the meal. Last month, the jeweler opened a small shop inside the Mark Hotel. “Everyone here who has reached out for a custom piece for a birthday, an anniversary, has contributed to the culture of what we want to be. I love you all, thank you so much — to 10 more.”