All Aboard the Barneys Party Bus

The retailer took VIP guests on a holiday joy ride from their downtown store uptown, to unveil their holiday windows. 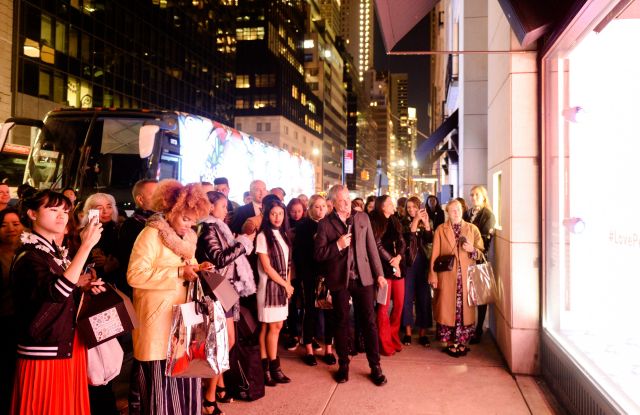 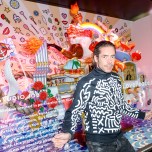 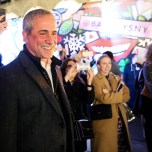 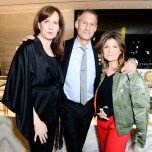 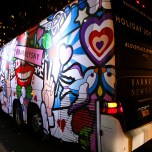 “Let’s get it poppin’ on this bus!” said one guest Thursday night aboard Barneys New York’s “Joy Ride,” a bus that transported party-goers, sipping cocktails out of disco balls, from the downtown flagship on Seventh Avenue to the uptown store on Madison Avenue to reveal this season’s holiday windows.

The theme for the night, “Love, Peace and Joy,” served as a response to the challenging post-election political climate (we’ll assume it was in the works before the election, but still).

The five windows were done in collaboration with artists around the world: Ebony G. Patterson from Jamaica, who, with her downtown window focused on the theme of love, believes that in order to love someone, you must really see them; Trey Parker and Matt Stone of “South Park,” who honed in on the joy of humor; Nick Cave from Chicago, who portrayed sculptures to highlight issues of race, gender and class; Studio Job from Amsterdam, focusing on the inclusive nature of love, showed an array of images of couples in love, and Rob Pruitt, who paid homage to the romantic film, “From Here to Eternity.”

“We knew already back in April that this would be a challenging election, so we thought the only thing we can do is make something really happy. It’s a mixture of American and European art,” said Job Smeets of Studio Job, who was in tow for the evening events.

Dennis Freedman, Barneys’ creative director, felt that Smeets’ window reflects the entire Barneys mantra. “The window portal features couples in love and those couples are gay and straight — there are men kissing men, women kissing women, and men kissing women, which really does speak to our embracement, to which we have devoted ourselves to, to diversity and inclusiveness,” he said.

The tradition of Barneys holiday window reveal runs deep; It involves months of planning and preparation. But for Freedman, he simply sees it as a part of the Barneys DNA. “I think what’s important to us is that although, of course, the goal is to create visually exciting windows and to do things that we’ve never done before, but what’s even more important is that in many of these cases, there is a very serious message,” he said. “I think if anything comes out of these windows, for us it would be that people see a window like that and they come away with a message and that’s really at the heart of what we…what Barneys is all about.”

Guests shuffled back into the uptown flagship and were met with flutes of champagne and mini pizza poppers; they left soon after with personalized bomber jackets and a goodie bag — because nothing brings out joy like a freebie, no?