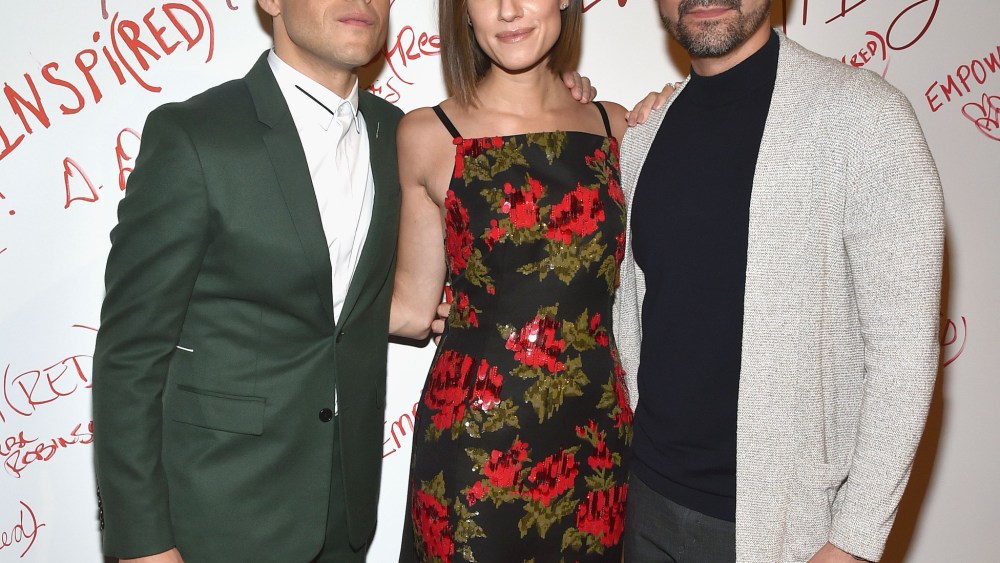 “My brain is a little fried from hearing about beer all day,” Allison Williams said, referencing the day’s hearing of Judge Brett Kavanaugh.

Held at the World of McIntosh Townhouse Thursday night, Williams was attending the launch party for Montblanc’s partnership with RED for a special-edition collection of red pens and writing accessories, with proceeds benefiting the nonprofit organization. Guests celebrated the launch by writing empowering messages on a photo wall and taking pictures with an installation showing RED’s mission, created by artist David Paul Key.

As a RED ambassador, Williams spoke exclusively to WWD on the red carpet on the importance of raising awareness to fight HIV/AIDS in today’s tumultuous political climate.

“We have to just yell loudly so that people are hearing us because there is so much noise,” she said. “This is an example of something that if it matters to us and if it affects our daily lives, we focus on it, and the problem with this disease is also the greatest thing about it, which is that it’s left an area of abject fear and terror and a death sentence in our eyes and in our minds and for kids growing up now, they didn’t grow up with this specter of HIV/AIDS being a death sentence, so we now have to raise awareness about the fact that it’s important and can be dangerous if you don’t treat it, but also not to stigmatize it.”

“He’s a hero of mine and a hero to so many,” Malek said on the role. “It’s been the greatest privilege and honor to portray someone that means so much to so many people and I’m honored to have one tiny part in sharing him with the world.”

Before writing his own message on the photo wall and taking pictures with Williams, Malek emphasized continuing the fight to raise funds and awareness for the disease.

“We’ve been progressive with so many issues currently,” he said. “Politically everybody is having a bit more of a voice, but it’s still not quite what it needs to be. There are so many more hurdles that we need to scale. We’re not quite there yet, and it’s going to take a very strong and collective effort and push.”

All About Mary Elizabeth Winstead

A Stronger Tika Sumpter in the Spotlight