Stacey Bendet invited celebrities to The House on Sunset to celebrate the new AO.LA line. 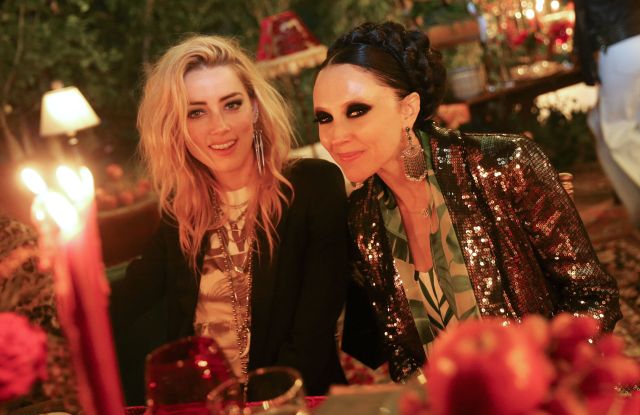 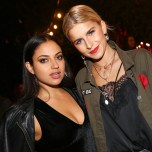 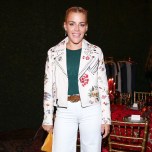 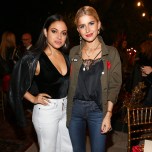 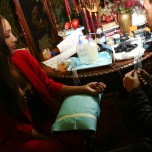 “It’s like we fell into ‘Alice in Wonderland’’s romantic evening,” Amber Heard said, looking around the AO.LA denim launch party in West Hollywood on Thursday night. As expected, Alice + Olivia went all out with production value for its intimate dinner “celebrating women feeling good, looking good, and doing good,” per the invitation.

Held at The House on Sunset, the alfresco evening featured lush greenery, festive red tablecloths and vintage books galore. “It’s romantic and dreamy and somehow very connected to the earth with all the greens and the melted red wax everywhere,” Heard added. “It’s like ‘Alice in Wonderland’ on Valentine’s Day.”

Alice + Olivia chief executive officer and creative director Stacey Bendet admittedly had a different holiday in mind — the one that’s fast approaching — when she considered the night’s décor.

“I wanted it to feel holiday and festive,” said Bendet, who also envisioned it being a “very rock-‘n’-roll-y West Coast dinner” in honor of the company’s new Seventies-inspired denim line, which features eight styles that benefit Jessica Seinfeld’s Good + Foundation, a nonprofit that combats family poverty.

“These jeans were about the next phase of my career, and the brand of Alice + Olivia is always about female empowerment,” Bendet continued. “Women are always complaining about how they feel in their pants. I wanted to remind a woman every time she picks these up that she should look and feel good, great, or fabulous — so that’s what’s embroidered inside all of the waistbands. You pick them up and they make you smile.”

With Moby and Erin Foster in the crowd, Scout Willis played guitar and sang a four-song acoustic set that included a cover of The Beatles’ “Rocky Raccoon.” “I performed at Stacey’s fashion week event and she asked me to come back again and do a few songs, so I couldn’t say no,” Willis said. “I’m trying to keep it mellow. I wanted to try and match the energy. Stacey always does such an amazing job at creating a beautiful, immersive environment.”

Willis said she’s been singing and performing her entire life, but that she’s been focused on her solo act for three years now. “I’m taking it slow and seeing what happens with it,” she said, explaining that she’s been recording music on her own. “I’m figuring out all of the production stuff. It’s important for female artists to have an understanding of what’s going on. It’s kind of a boy’s club, so it’s nice to learn all of the tech and gear myself.”

Elsewhere, Philipps eyed a tattoo station in the distance as people lined up to get inked. “I’m dying. That girl just got a real tattoo,” Philipps laughed. “What are people getting? I’m so confused.”