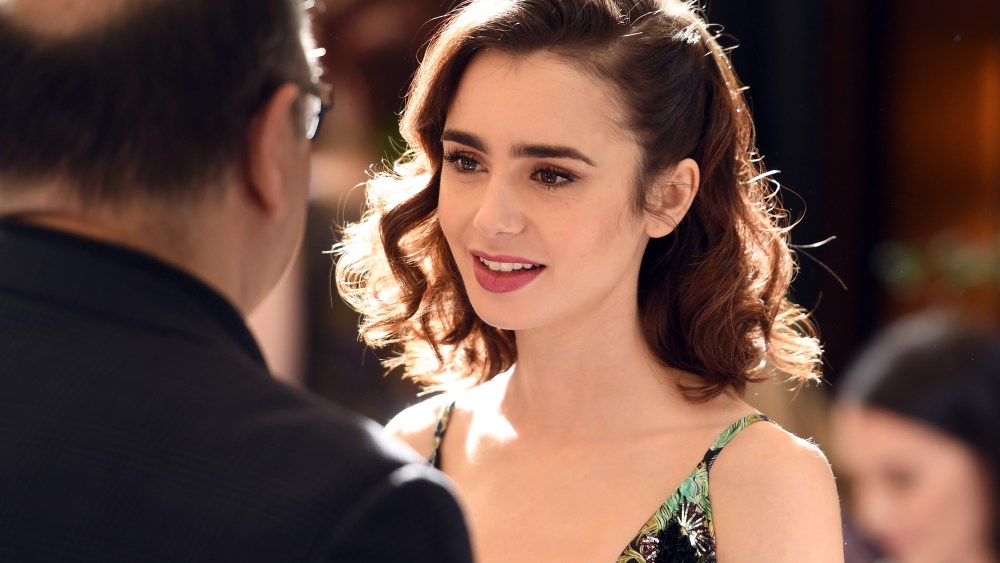 It was one stop of several that day for guests like Christina Ricci, Angela Sarafyan, Newton and Collins, who also hit the BAFTA L.A. Tea Party and the Haiti Rising event that day.

“I feel like I’m walking on air,” said first-time nominee Collins, who was too excited to be feeling red-carpet fatigue.

Newton fielded congratulations for her work on HBO’s “Westworld.” “I’ve never been so honored to have been naked as much as I have been on ‘Westworld,'” she said of her role as an android saloon madam. “It’s all part of the story and the character.”

On the other hand, she said in real life she’s quite modest. “I was at a fitting the other day and after I took off my dress and handed it back to the guy, he kept right on FaceTiming with his friend, and I’m like, ‘Excuse me, I’m naked in the background.’”

Her friend and costar Angela Sarafyan said she can become numb to all the bare skin on set. “I’ve seen every type of body at this point. It makes you realize we’ve all got the same stuff,” she said.
There were several Sundance-bound actors in the crowd, including Michelle Morgan, Collins and Deutch, whose upcoming film “Before I Fall” sees her playing a teenager who wakes up to a “Groundhog Day” experience and must try to change her ways to escape the nightmare.

Also in the mix were famous daughters Katherine Schwarzenegger and Anna Baryshnikov, who had a small role in last year’s Sundance hit “Manchester by the Sea.”

As Lynn Hirshberg pointed out, “I used to read about It Girls in Interview magazine when I was young, and I wanted to be one. That didn’t end up working out, but now I get to hang out with them.”