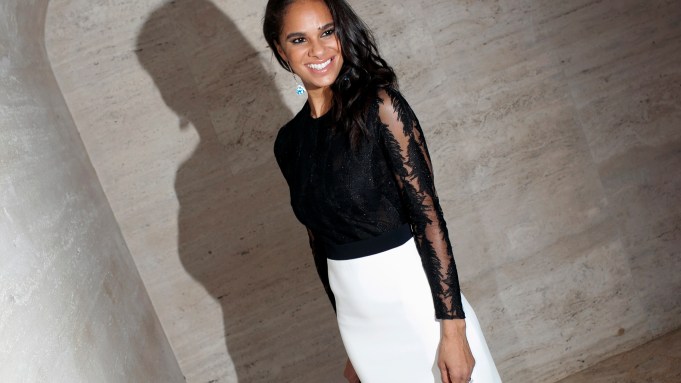 The American Ballet Theatre marked its fall season at the David H. Koch Theater on Wednesday night with a gala and the announcement of a new women’s movement.

The American Ballet Theatre Women’s Movement — in which the company pledges to commission at least three female choreographers each year — comes at an interesting moment in ballet following the sexual harassment scandals at New York City Ballet.

ABT (which faced its own sexual misconduct scandal last December) seemed determined to differentiate itself. Dancers Misty Copeland and Lauren Post delivered a speech onstage praising the company’s charge toward diversity and gender equality while also making pleas for donations and devoted attendance.

Artistic director Kevin McKenzie said of the movement: “It officially began this season, I was spotting more women choreographers than men that I wanted to work with. So we said, ‘Let’s formalize it.’ We are not looking for a quota, we are only looking for creative genius. I only want to have the most creative people around, and those people are women right now.”

The company’s fall gala — attended by Katie Holmes, Ansel Elgort and Diane Sawyer — marked its first program to feature all female choreographers. New works by NYCB principal Lauren Lovette and renowned tap dancer Michelle Dorrance were staged as well as an older piece by Twyla Tharp, which was set to music by Philip Glass with costumes by Norma Kamali.

Dorrance was energized by the opportunity to meld her tap experience with elements of classical ballet. “My mom was a professional ballet dancer, I grew up watching her choreograph and didn’t know about this male-dominated thing in the ballet world. In tap there are plenty of respected female choreographers. When I moved here, I realized there was this outrageous imbalance and patriarchal legacy. Learning that there is this traditional, antiquated way of being, I appreciate even more so that ABT has put a name on the idea of doing a women’s movement,” she said.

ABT principal dancer Isabella Boylston took the featured role in Tharp’s ballet. She appreciates the opportunity to work with more female choreographers, saying: “I do feel like it’s easier to connect with them as a woman myself. I think in general they are a little more sensitive, there is a different voice that comes through.”

Boylston feels that ballet, often considered a female art form for its focus on the ballerina, is beginning to see tides of change: “There is this thing ‘Ballet is women,’ that is what Balanchine famously said. The ballerina is up on a pedestal, but it’s sometimes confining — almost like a gilded cage. Ballerinas are expected to be a certain way, embodying certain feminine virtues. I think now we are starting to move away from that and people are more open to different incarnations of what a ballerina is,” she said.