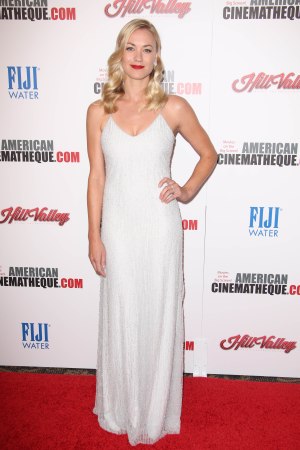 “They’ve never really seen me in very many films,” Reese Witherspoon said of her children Ava and Deacon, who accompanied their mom as she was honored at the 29th Annual American Cinematheque Awards on Friday night. “It should be interesting to see their response. There’s going to be a lot of clips of me as a very young person. I think they’ll be a little bit stunned.”

Witherspoon, 39, is only the fifth female to be honored since Eddie Murphy received the organization’s inaugural award in 1986. “It’s so humbling. I was pretty stunned when they asked me because I feel like I haven’t had a lifetime of achievements,” said Witherspoon, who joins previous recipients Bette Midler, Jodie Foster, Nicole Kidman and Julia Roberts. “I’ve had a half of life of achievements, but it’s significant — to be one of a handful of women given this honor. It’s really important to talk about women in film and how important it is to see women playing leads in movies.”

Hudson, who has known Witherspoon since she was 11, said, “I think we have a habit of putting many labels on strong women. Reese is not bossy. She is determined. She is the kind of woman who can inspire a movement. She is a true modern-day feminist.”

Hudson also joked about often going out for the same roles as Witherspoon. “I can’t even tell you the number of times I’d call my agent and I ‘d say, ‘What happened with that audition?’ and he’d be like, ‘Well, it’s between you and Reese,'” Kate said. “And the other thing that I always heard was, ‘Well, Reese has the offer, but if she passes it may come to you.’ So that’s been my life!”

Vergara, who starred with Witherspoon in “Hot Pursuit,” was more blunt. “She has the best skin and the biggest butt of any white woman in Hollywood,” she said.

“The more I’ve gotten to know Reese, the more I love her,” said her producing partner Bruna Papandrea, who teamed up with the Oscar winner to form Pacific Standard, which produced “Gone Girl” and “Wild.” “She’s an all-arounder, as we would say in cricket terms in Australia. She’s one of those people who has continued to prove herself in front of the camera and now behind the camera. I hope that she inspires young women to realize there’s nothing that you can’t do.”

The duo have a slew of projects in development, including the film adaptation of Jessica Knoll’s “Luckiest Girl Alive” and the HBO dramedy “Tiny Beautiful Things” which reteams the women with their “Wild” collaborators Dern and Cheryl Strayed.