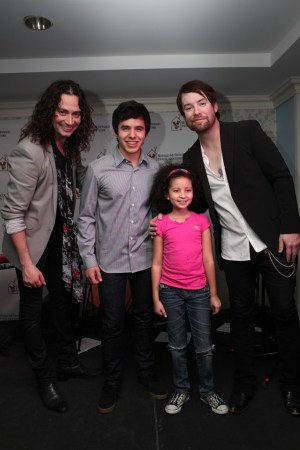 “I was asked to be on the board and have been supporting the Ronald McDonald House for a number of years. It’s an incredible organization and does important work,” said Murry. He was chatting with Terry Lundgren, chairman and ceo of Macy’s Inc., who said, “We’re standing in the Macy’s living room at the Ronald McDonald House.” Three months ago, Macy’s renovated the living room with furniture donated by its vendors, having originally decorated the room in 2006. “The whole idea is we want families to feel like they’re in their own homes,” said Lundgren, whose wife, Tina, is on the charity’s board.

According to Sullivan, the fashion industry “has been a tremendous supporter” of the Ronald McDonald House, accounting for $2 million of its $15 million budget. Several fashion events, such as the annual gala at the Waldorf Astoria, a summer golf tournament and the evening’s concert, all contribute to the charity’s fund-raising efforts.

“Of all the organizations I’ve been involved with, never have I been as moved as I have with this organization and the work they do,” said Murry, upon receiving his honor.