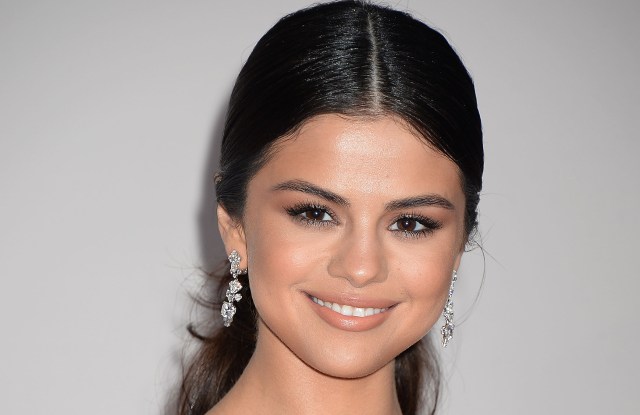 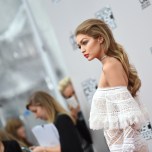 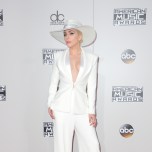 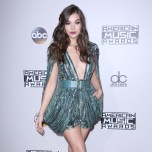 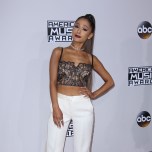 Selena Gomez made her red carpet comeback at Sunday’s American Music Awards, held at the Microsoft Theater in Los Angeles on Sunday night. Clad in a classic red satin Prada gown, Gomez, who picked up the Artist of the Year award, looked happy and confident as she greeted pals Gigi Hadid and Hailee Steinfeld.

Selena Gomez in Prada at the 2016 American Music Awards.  Buckner/Variety/REX/Shutterstock

While the fashion looks were all over the place, Hadid wore two of the night’s biggest trends, opting for a sheer and lacy off-the-shoulder Roberto Cavalli gown, while Steinfeld donned a sequined minidress by Elie Saab. Others opting for long, leg-baring numbers were Milla Jovovich, Hannah Davis, Chrissy Teigen and Kat Graham. Karlie Kloss and Ciara seemingly couldn’t make up their minds, so they chose high-low numbers from Atelier Versace and Stephane Rolland, respectively. Less prevalent but equally playful were Joan Smalls and Olivia Munn, who veered from metallic sequins in favor of sweet florals.

Not everyone chose a dress or gown, though. Lady Gaga kept in character in a white Brandon Maxwell pantsuit and wide-brimmed hat, while Ariana Grande also chose white slacks, paired with her signature lacy bustier and high ponytail. Nina Dobrev opted for some side braids with a fancy shorts suit by Zuhair Murad, and Zoe Saldana wore a color-blocked sequined tunic over skinny black pants.