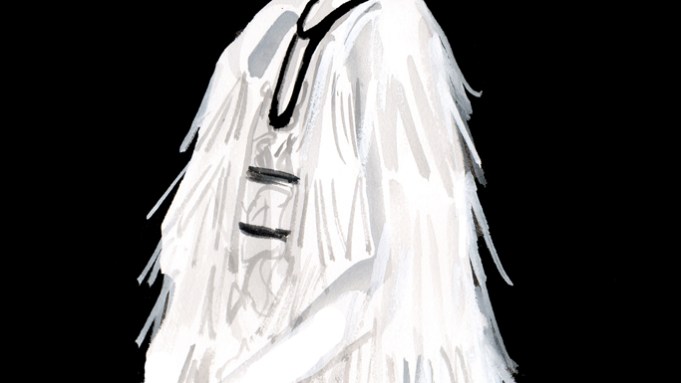 Paging Leonardo DiCaprio: On May 21, some of the world’s top models will gather under one roof, and they’ll be walking the mother of all fashion shows.

Karlie Kloss, Adriana Lima, Alessandra Ambrosio, Isabeli Fontana, Karolina Kurkova, Irina Shayk and Lily Donaldson are just some of the 45 models set to strut in amfAR’s annual Cinema Against AIDS gala at the Hôtel du Cap-Eden-Roc, in Cap d’Antibes, which is arguably the hottest ticket during the Cannes Film Festival.

Carine Roitfeld, who is organizing the runway show for the fourth consecutive year, says the girls will be as closely guarded as the dresses they walk in — which will be designed by the likes of Louis Vuitton, Chanel, Dior, Burberry, Gucci, Giorgio Armani and Diane von Furstenberg, among others.

“We have a hotel where we house all the models, which is very closely monitored by what we call babysitters, because we can’t afford to lose anyone between the day of the fittings and the actual show. I’m sort of kidding, but you can imagine that this hotel is a very popular place in Cannes,” she says.

Roitfeld acknowledges that walking in front of a Hollywood crowd — chairs of the event this year include Jake Gyllenhaal, Natalie Portman, Isabella Rossellini, Diane Kruger and Harvey Weinstein — is a big part of the attraction for the models, some of whom pay for their own travel costs to attend.

The evening always features a musical extravaganza much like that of the Victoria’s Secret Fashion Show, and this year Mary J. Blige, Charli XCX, Imagine Dragons and Mark Ronson (of “Uptown Funk” fame) will provide the soundtrack. Roitfeld, though, says it’s the models vamping it up inches from seated guests that’s the real entertainment.

“What is amazing about the amfAR event in Cannes is that it is not only an incredible red carpet but people are very relaxed. It’s the South of France, it’s the Riviera, and there is a kind of freedom,” she says. “The people who attend really enjoy themselves, and that’s why all the models want to be there.”

“I didn’t want to have a show with only princess dresses,” Roitfeld says. “I think a collection needs a bit of both — day and night.”

The dresses, which will be included in the fund-raising auction as a single lot, will be accessorized with Gianvito Rossi shoes and Harry Winston jewels. “Just because it’s for charity doesn’t mean it can’t be glamorous. You have to inspire the audience, especially the person who will buy the collection,” says Roitfeld.

Harry Winston, which this year signed the biggest corporate partnership in amfAR’s history, will contribute the Epic Cluster, a diamond necklace inspired by the Taylor-Burton diamond once owned by Dame Elizabeth Taylor — amfAR’s founding international chairman and creator of the first Cinema Against AIDS event, which took place in 1993.

Kenneth Cole, chairman of amfAR, says the auction would also include an artwork as spectacular as the gilded skeleton of a mammoth donated by Damien Hirst last year.

Roitfeld says she hopes to equal the 3.5 million euros, or nearly $5 million, raised by the fashion portion of the auction last year. (Over 22 years, amfAR has raised more than $140 million during Cannes.) The fashion editor notes that the dresses were not necessarily meant to be worn, especially since not everyone has model measurements.

“My favorite was the year when a young South African couple bought the collection to show it in a museum,” she says. “I thought that was a brilliant idea.”