The annual Cannes fundraiser had stars vying for Warhols and Boteros. 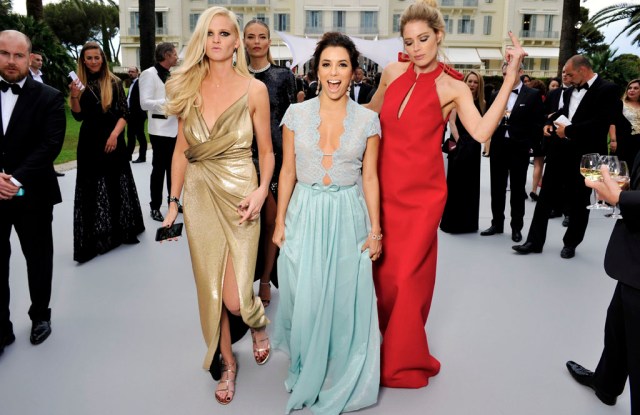 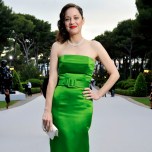 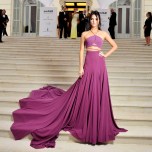 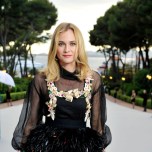 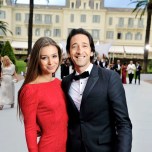 ANTIBES, France — Banksy or Botero? Those were among questions guests mulled at the 23nd edition of amfAR’s annual Cinema Against AIDS gala at the Hôtel du Cap-Eden-Roc in Antibes, France, on Thursday night, which unexpectedly turned into a bona fide art auction.

Hollywood royalty, fashion designers, musicians and anonymous collectors furiously bid for works by the likes of Pablo Picasso, Andy Warhol, Jeff Koons, Fernando Botero, Alexander Calder and Jenny Holzer — all put up for grabs to raise money for HIV/AIDS research, while Mary J. Blige turned the event into a frolicsome “family affair” by belting out her hit of the same title.

“Definitely Botero,” hailed Dan Caten, “because “I liiiike fat women,” he said half-seriously of the bronze statue made of “voluptuous curves and some serious buttocks,” as actor John C. Reilly put it, before selling it for two million euros.

Robin Thicke, who rocked the house last year, was bidding for a 1964 portrait of Elizabeth Taylor by Andy Warhol, but had to surrender to Eva Longoria (sporting a low-cut lace number by Georges Hobeika), who went home with the lithograph, leaving 550,000 euros on the amfAR table.

“I think the fact that the Damien Hearst went for one million last year really helped,” observed afmfAR chairman Harvey Weinstein, before jumping on stage to salute the host country, which he said has lived through “an extraordinary year.”

“Let’s raise our glasses. Je suis Charlie. Vive la France,” he exclaimed, adding: “In movies, good things win over evil. In real life they will, too.”

Leonardo DiCaprio was certainly among the good guys of the night. The actor, who otherwise remained low-key in a Sicilian flat cap and full-grown beard, had donated a cardboard by the elusive guerilla artist Banksy from his private collection. “It comes with a certificate of authenticity so you know this is the real deal,” said Michael Fassbender, selling the spray painted smiley figure with a rifle for a cool million.

Following a historic week in the international art market, during which a Picasso became the most expensive painting ever sold at an auction fetching $179 million at Christie’s, a 1968 drawing by the late Spanish artist shot up to half a million in less than a minute and eventually went for 700,000 euros.

“People respond well to art, it’s about investing rather than spending,” explained amfAR chairman Kenneth Cole. “I always say, when you are in this room you have to look good and do good,” he mused, noting that over the years the event has raised $140 million.

The money would come in handy to find a cure for HIV/AIDS by 2020, amfAR’s goal.

Art naturally mixes with fashion, and this year’s white-and-black fashion show, including looks from Chanel, Dior, Givenchy, Céline, Prada and Tom Ford, put together by Carine Roitfeld, contributed 800,000 euros to the pot.

“What size are these?” asked Frances McDormand, as models danced down the runway to tunes spun by Mark Ronson.

The roughly 50 numbers eventually went to a South African couple.

Among the guests at the gala were also Jake Gyllenhaal, Marion Cotillard, Sienna Miller, Zoe Kravitz, Isabella Rosselini and Diane Kruger, while Andrea Bocelli, Charli XCX and Imagine Dragons were among the diverse musical performers.

Models worried the heavy wind gusts would give them a bad-hair day, while designers Alexandre Mattiussi of AMI and Gabriele Moratti of Redemption Choppers took it easy. Both sported sneakers — Stan Smith or New Balance — with their tuxes. “I already wore trainers to the amfAR seven years ago. People laughed about me back then, now it’s ‘on trend,’” mused Moratti, decked out in Tom Ford.

Moratti, who said his brand would stage its first runway show in September, donated a customized motorbike to the auction, which “Fast and Furious” star Michelle Rodriguez and Academy Award winner Adrian Brody sold for 300,000 euros.

“It puts plenty of thrust in between your legs,” Rodriguez said to lure the buyer.

Tom Ford was unwilling to reveal details his second feature film “Nocturnal Animals,” allegedly starring Jake Gyllenhaal and Amy Adams, which he took shopping at the festival, but told WWD: “It will be out in fall 2016.”

Marisa Berenson said she was soon launching a jewelry line, and had pinned a prototype butterfly brooch to her off-white Dior gown.

David Gandy, meanwhile, was focused on his new swimwear collection for which he shot the campaign at the Golden Eye estate in Jamaica. “Between last September and Christmas we sold 250,000 pieces with the David Gandy line [of underwear], hence the expansion,” explained the British model, who is to offer tailored men’s shorts at 25 pounds, or $40. The line is due out on June 1.

Ornella Muti just wrapped up “Checkmate” alongside Sian Phillips, in which she plays a witch. Whether good or bad she couldn’t tell. “It’s two sisters who play and while they play things in the world start to change,” she said.

By midnight, the gala’s revenue shot up to roughly 30 million euros, or $33.6 million at current exchange, thanks to a tall, brightly colored sculpture by Jeff Koons, for which guests were bidding in one-million euro steps, putting the cap at 12 million euros.