Charlize Theron promised to knock back shots with a winning bidder while Jackie Chan offered a cameo in his upcoming film at the fundraiser. 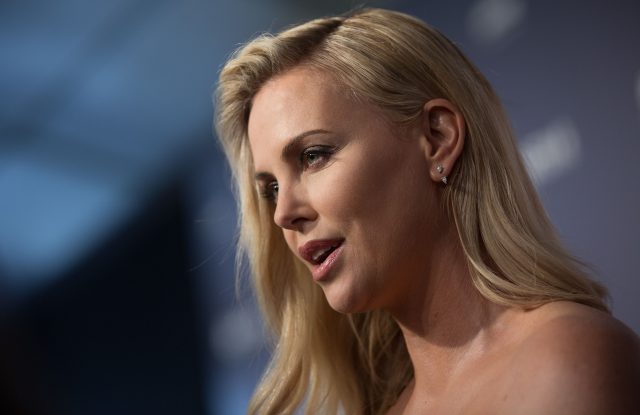 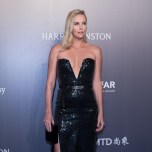 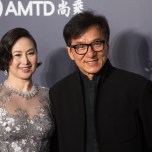 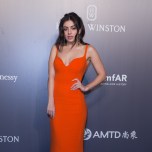 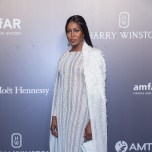 HONG KONG — “Jackie Chan is here. He wants to go on record that if you don’t bid tonight, he’s going to kick your a–,” said Kenneth Cole in his attempt to rouse the bidders at AmfAR’s Hong Kong gala on Saturday night.

The threat worked and the event, now in its third year, raised more than $3.5 million. The Studio 54-themed fundraiser at Shaw Studios featured giant disco balls and photos of Jerry Hall and Diana Ross on the walls.

Cole has been working with AmfAR for 30 years — 13 of those as chairman of the board — and has just been named the first recipient of the CFDA’s Swarovski Award for Positive Change.

The proactive designer, who recently became a U.N. international goodwill ambassador, said: “We’re not totally sure of what this new (U.S. presidential) administration’s position is on global health matters, but at the end of the day I believe they will be there and will support this for the humanitarian reasons and, we all know, for all the business reasons. Every dollar we don’t spend today is going to cost $10 tomorrow.”

According to AmfAR, more than 37 million people are living with AIDS.

During dinner, the irreverent David Tang made AmfAR chair Pansy Ho blush by sharing his recollections of her as a young girl. Tang recalled how her father, the Macau casino tycoon Stanley Ho, asked him to take Pansy to dinner because the elder Ho was dining inside a casino, and a 15-year-old Pansy was not allowed entry.

Given a stretch Rolls Royce and a chauffeur for the evening, Tang — a recent graduate and broke at the time — fretted over how to take her to a dinner fit for the heiress — and work out how to pay for it. “I decided to lie to Pansy that I’d forgotten my wallet, whereupon she opened her tiny purse out of which burst through a lavatory roll of pound notes. Eureka!” Tang recounted.

“Ever since that day, just over 40 years ago, I’ve always felt I owe Pansy a favor so I’m delighted tonight that I’m able to tell this story of her generosity when she was a 15-year-old.”

Charli XCX and South Korean pop star CL, formerly of the girl group 2NE1, each took the stage to perform but it was probably Chan who stole the night. His impromptu offer of a cameo in his upcoming movie with Sylvester Stallone sold for the evening’s record single bid — $300,000.

Not to be outdone, Theron decided to double her original offer of two tickets to the premiere of “The Fate of the Furious” in New York City, and its afterparty, with each pair going for $100,000. “Guys, we’ll do shots!” she promised.

“How can you have a bad time at AmfAR? They always do such a good job,” said Allan Zeman, Hong Kong’s king of entertainment. He had Colombian sculptor Fernando Botero and his wife in tow, and also revealed his interest in fashion. “I design all my own clothes. Everything I do — my shirts, my suits — I have a tailor. Oscar Tailor in number 9 Queen’s Road. I’ve been with them for many years.”

After dinner, Mark Ronson took to the decks, revving up the crowd with George Michael hits mixed with Bruno Mars. The air was nippy at the afterparty, which took place in an open tent, but it was nothing a good dance and a few extra flutes of Champagne couldn’t fix.