By Simone Esmanhotto on May 3, 2011
View Slideshow 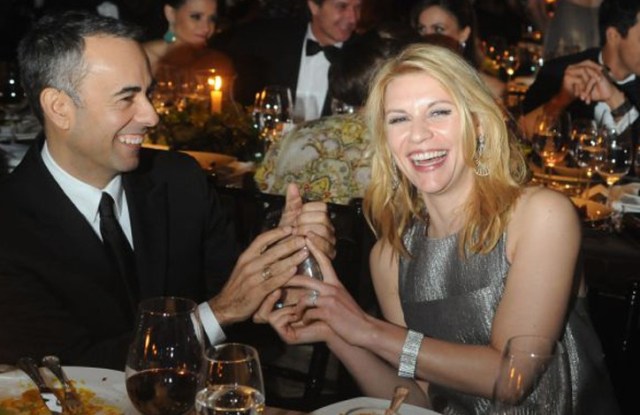 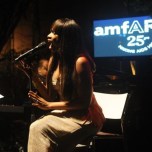 SAO PAULO, Brazil — Kevin Frost, chief executive officer of amfAR, is the big man behind the organization. Yet he stood anonymously against a wall that led to the kitchen of the home of Felipe Diniz, an architect and social dynamo that opened his mansion at Jardim Europa, São Paulo’s top neighborhood, to receive local elite for the first fund-raising event in a Latin American country to benefit the cause. “I am catching my breath and going through my speech before going in front of this beautiful, most incredible crowd. You are amazing. I wish we had come down before,” said Frost.

He arrived the previous night and was literally intercepted on his way from the airport to the hotel with a call demanding he go straight to a dinner at the home of Daniela Cutait, a socialite turned accessories designer. A true party girl, Cutait didn’t shy away from dragging Frost to the dance floor to what he called, amused, “some kind of Britney number.”

Between February’s event in New York and one in Cannes, France, São Paulo’s debut on the benefit circuit brought together around 300 people, among them top models such as Isabeli Fontana (in Dolce & Gabbana), Alessandra Ambrsio, Ana Beatriz Barros and Izabel Goulart, and local elite — including advertising business man Nizan Guanaes, chairman of ABC Group, and his wife, Donata Meirelles, now Vogue Brasil’s style editor. She wore a long gray dress by Calvin Klein Collection, in honor of Francisco Costa, the brand’s creative director, who got an award from actress Claire Danes for his longtime contribution to the fight against AIDS.

“Tonight is all about awards,” said Danes as she sat next to Costa and Tom Murry, Calvin Klein’s president. She was referring to the speeches presenting Costa, singer Jennifer Hudson — who drew the crowd out of their chairs with a mini-concert of three songs, and herself, all made up of a list of accomplishments, be it an Oscar, an Emmy or CFDA recognition.

Murry was visiting Brazil for the first time even though Costa is Brazilian and the brand performs well there. He had meetings the previous day with the team of two key local retail businessmen, both also taking seats at the gala: Carlos Jereissati Filho, president of Iguatemi Shopping Centers, operator of the Diane von Furstenberg and Christian Louboutin stores in the country and due to open another luxury mall this November, and Richard Barczinski, who is responsible for the retail division of the JHSF Group, owner of Shopping Cidade Jardim.

“We are definitely opening a Calvin Klein Collection store here soon, be it either in a mall or in the street,” said Murry. At that moment, though, he was trying to get tips about how to survive local culture. “People advise me Brazilians are late, and so are the dinners,” he said.