The charity organization marked its 25th birthday with a new all-female group of chairs, a surprise performance by Grace Jones and a record-breaking sale of the clothes in its annual fashion show.

By Natalie Theodosi on May 17, 2018
View Slideshow 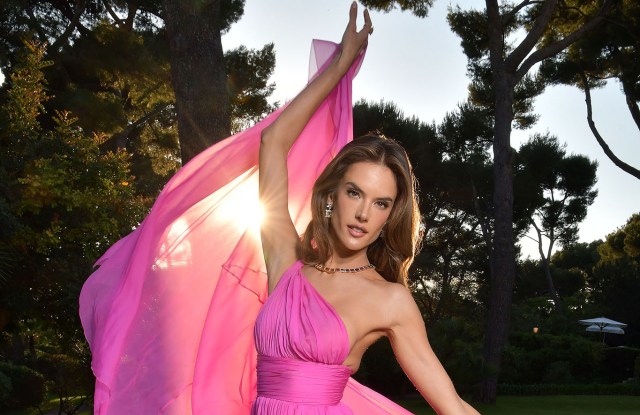 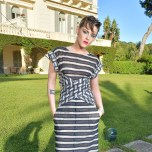 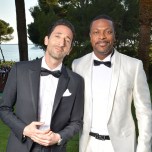 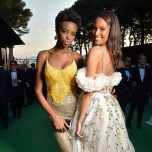 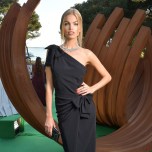 ANTIBES, France — The amfAR Gala is marking a new chapter by shining the spotlight on all the women who have supported the event throughout its entire 25-year history.

Despite ongoing talk that this year’s gala would take place under the shadow of Harvey Weinstein, who was known as being behind the attendance and even the auction bids placed by many of the celebrity attendees, the mood at the Hotel du Cap-Eden-Roc was a highly positive, playful one.

Model Sara Sampaio danced her way through the red carpet flipping her electric blue Elie Saab gown back and forth, while photographer Ellen von Unwerth waltzed around the venue taking pictures and boomerangs of Adriana Lima descending the stairs to the hotel’s gardens.

“Any excuse to dress up and be around beautiful people. Everyone’s in such a good mood,” said Sampaio, who’s been in Cannes for a week to walk the Philipp Plein and “Fashion for Relief” shows.

Prominent female industry figures were making their presence felt at the event. “It’s about time that women were at the forefront,” said Chopard’s Caroline Scheufele, adding that she was most looking forward to the fashion show held as part of the event because “it will include a lot of Chopard jewels.”

Scheufele was an honorary chair at this year’s event alongside 24 other women from across the fashion and film industries such as Klum, Sienna Miller, Donatella Versace, Angela Missoni, Silvia Fendi, Poppy Delevingne, Alessandra Ambrosio, Katy Perry and Karolína Kurková.

This was the first time amfAR appointed a group of all-female chairs, which coincides with the stepping down of Kenneth Cole as chairman after growing pressure for him to do so.

“The first time I’ve been to amfAR was when I was 16 and it was only a small dinner,” Kurková said, before hitting the catwalk. “Since then I was involved as much as I could with them and went to New York and Hong Kong for various events. This one is truly special because it’s celebrating women, which is really important today.”

The event began with a cocktail at the hotel’s idyllic gardens where models, designers, actors and guests mingled and made the most of the photogenic backdrop. Abloh snapped a guest who was dressed in one of his oversize blush pink tulle creations, while Dsquared designers Dean and Dan Caten were accepting many a request for selfies.

“We’ve never been to a place with more beauty, more glamour and more diamonds. We love the idea of giving back and it was definitely about time for women to take charge of the event,” said the designers, finishing off each other’s sentences. “We have our eyes on the Mapplethorpe [pictures from the auction]. We bought some Warhol pieces and we want to grow the collection.”

The Catens added that they are busy working on their men’s show taking place in Milan. “It’s crazy, it’s in three weeks. So cartwheels is what we’re doing.”

The event’s program was opened by a speech from Milla Jovovich, also a chair of the event: “Together we can achieve what those incredible women, Elizabeth Taylor and Dr. Mathilde Krim, set out to achieve, when they founded amfAR, to find a cure for HIV. I want you all to bid like your lives depend on it.”

In line with the event’s mood the show was titled “Woman Created All” and featured models such as Winnie Harlow, Klum and Ambrosio, who all walked to Beyoncé’s girl power anthem, “Run the World (Girls).” It was enough to get everyone dancing on the chairs. The pieces presented in the show went on to be auctioned for 1.6 million euros following strong encouragement by Roitfeld.

“Come on, it’s the 25th anniversary of amfAR, the first organization where glamour and charity work together. It’s worth it,” she said.

Performances by Grammy-winning musicians Ellie Goulding, Shaggy and Sting followed. But it was Grace Jones who took everyone by surprise when she took to the stage to perform in a bodysuit and gold sequined cape that covered her eyes.

“I love you amfAR and please let’s not forget Elizabeth Taylor,” she said to end the night.

Cannes 2018: Chloë Sevigny on the Trials and Tribulations of Red Carpet Dressing