By Joelle Diderich and Natasha Montrose on June 24, 2011
View Slideshow 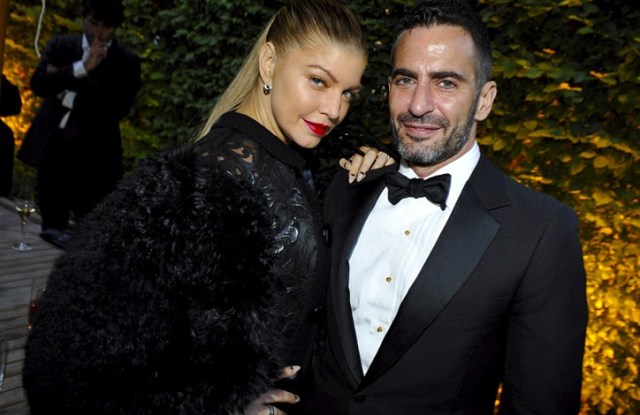 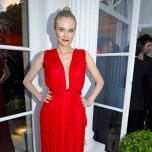 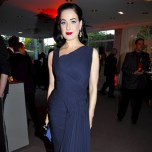 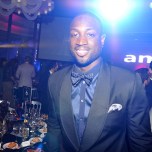 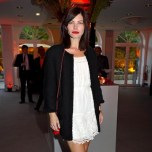 PARIS — Fergie took an evening off from her record-breaking series of Paris concerts with the Black Eyed Peas to attend amfAR’s Inspiration Gala in Paris, where the singer was honored alongside design duo Viktor & Rolf. Negotiating the steps to the stage in her skintight Louis Vuitton dress, she accepted the Piaget Award of Inspiration from Vuitton creative director Marc Jacobs, who praised her philanthropic work. “I remember hoping one day that Marc Jacobs would actually know my name,” she laughed.

The Black Eyed Peas are playing three sold-out dates this week at the Stade de France, which holds more than 80,000.

Jean-Charles de Castelbajac said he would soon meet up again with the band to record “Talk @ MTV Playground,” a program that pairs music and fashion luminaries. “They chose me, so they are sending me their jet on the 28th and I’m going to Munich,” he said. De Castelbajac, whose fashion brand is in receivership, also disclosed that two separate investors have filed court papers to buy a majority stake in the label. “One is Asian and one is French, and I like them both,” he said, adding that he expected a decision in July.

Dita Von Teese, who is dating the designer’s son Louis-Marie de Castelbajac, said she was working with a German company called Luxus on her first fragrance, to be released in the fall. The burlesque artist has come up with her own personal version of a focus group. “I’ve been spraying it [on myself] and getting real close to the bellman and sort of waiting for the compliment,” she said.

Viktor Horsting and Rolf Snoeren stood out in their gleaming tuxedoes, while Jacobs stuck to a more conservative black. “I don’t do creative black tie,” he said. The designer is preparing to move into his new home in New York in early August after several delays. “I’ve been looking at a lot of furniture and interior stuff — Deco, mostly,” he said.

Other guests at the event, held at the Pavillon Gabriel, included Diane Kruger, who presented a tribute to Elizabeth Taylor, and Max Irons and girlfriend Emily Browning, who wore Vuitton shorts with over-the-knee socks. The evening’s musical entertainment came courtesy of Roísín Murphy, who wore a backless black sequined Alexandre Vauthier gown.

Lots for the auction benefiting amfAR’s AIDS research programs included a package containing a one-of-a-kind magnum of Piper-Heidsieck Champagne sheathed in real red crocodile skin sourced from Hermès Cuirs Précieux, and a four-day spa break in Capri, which Fergie snapped up for 7,000 euros, or $9,300.

Actress Delphine Chanéac said she’s gearing up to start filming in July on the HBO television series based on the hit film franchise “The Transporter,” alongside “Prison Break” star Chris Vance. “I play the female lead, and I’ve signed on for three seasons,” she said.

Basketballer Dwyane Wade, who has been spotted front-row in Milan and Paris, said he was learning about the fashion industry in the hopes of eventually landing a clothing deal similar to the one Amar’e Stoudemire has inked with Rachel Roy. But his immediate priority is restoring his identity online, after his Twitter and e-mail accounts were hacked this week. “We’re working with Twitter and Yahoo trying to figure it out. It’s a little disturbing,” he said.