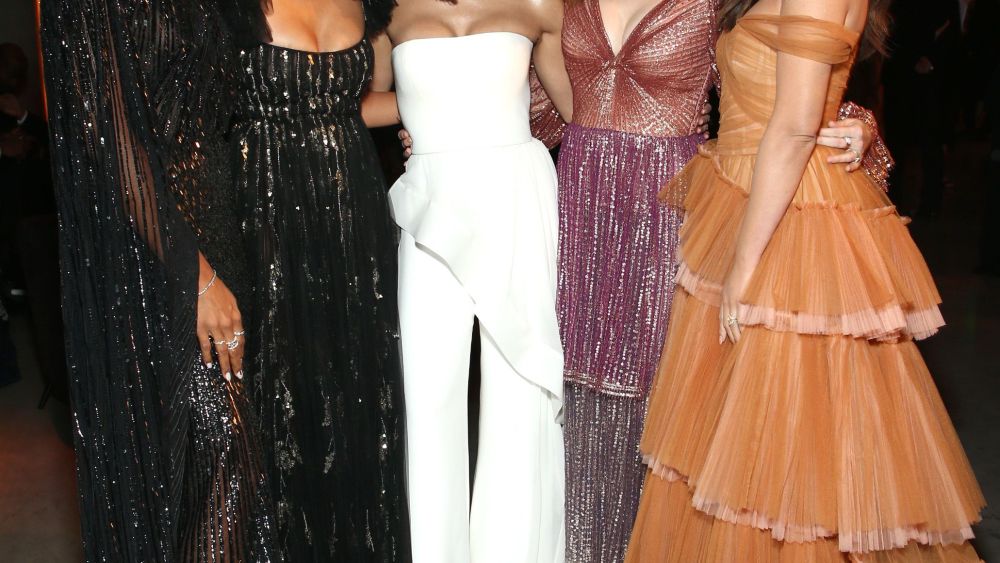 “She’s a quiet philanthropist,” said Sam Taylor-Johnson of Amy Adams, who was honored at Saturday night’s Baby2Baby Gala with its Giving Tree Award. “But Amy literally does not run from s–t.” Taylor-Johnson shared the humorous story of how she and Adams became friends; she mistakenly called Adams instead of her acupuncturist/herbalist, also named Amy, when she was suffering from an unfortunate stomach bug. Only after sharing the graphic details of her plight did she realize she was talking to Adams. “Our kids go to school together, and I was mortified when I saw her the next day, but she just gave me a big hug and asked if I was feeling better,” Taylor-Johnson said.

Adams went on to share the little-known story that she herself was once in a position where she might have become “at risk” as a young teen, and it was the charity of strangers that set her on the right path and instilled her commitment to give to others. “You never know when an act of generosity will create a moment of great change. Kelly and Norah, you guys are badasses and you inspire me so much,” she said to Baby2Baby copresidents Sawyer and Weinstein.

Also in the crowd, donating anonymously, were Katy Perry, Jennifer Garner, Anastasia Soare, Jenna Dewan, Olivia Munn, Olivia Culpo, Rachel Bilson, Sterling K. Brown, Nate Berkus, Jeremiah Brent, Judd Apatow and Leslie Mann. The organization had already delivered essentials to the families who were among the 170,000 evacuees in Los Angeles County who had to flee the Woolsey and Hill fires that continued to burn over the weekend.