What keeps Adams up at night? The more appropriate question is: What doesn't keep her up at night? 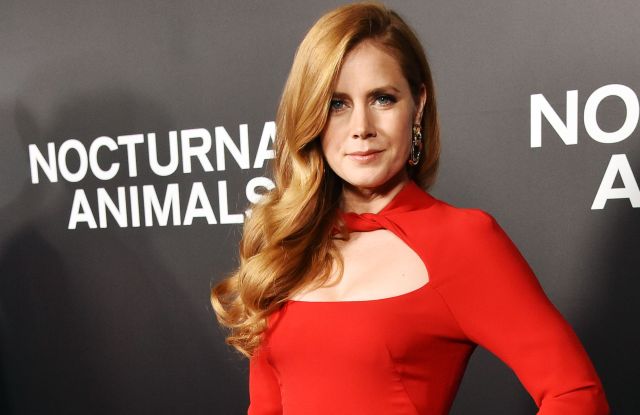 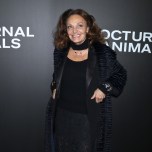 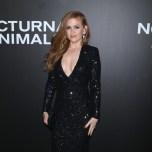 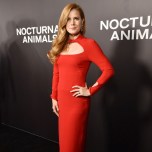 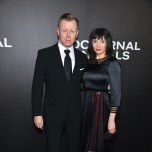 The New York premiere of Tom Ford’s “Nocturnal Animals” drew the cast and fashion crowd alike to The Paris Theatre. The dress code for the evening, from which only a few were exempt, was, of course, Tom Ford.

“I’d be stupid not to,” Ellie Bamber said of wearing a black gown by the designer to the black carpet. Fellow cast member Karl Glusman echoed the sentiment. “I made sure of it,” he said of wearing a Tom Ford suit.

Ford expressed his excitement to be premiering the film in New York, a place he said has so much meaning to him. He revealed that for him, there are a few parallels between designing and directing. In fact, his most recent collection was his “favorite in years” because he felt so energized by doing both at once.

“As a fashion designer, you have to have a vision and a point of view,” he said. “And as a film director, you certainly have to have that. As fashion designers, we’re telling stories. As a filmmaker, I’m also telling a story. Fashion, I love; it moves quickly, fast-paced; it satisfies a very important part of my creative needs, yet film is a different thing. It takes much longer to make.

“If I didn’t have fashion to go back to, I’m not sure, you know, I love to constantly create. In fact, while I was editing this film, I set up my editing suite in my design office in London. I would edit for three or four hours, I would go out for a fitting, I would go back and edit, I would go back out for a fitting, and the collection I created, which I just showed here in September, is one of my favorite in years because I was excited. I was energized. I think that’s the key to anything creative — is to remain excited.”

Amy Adams joked on the black carpet that she and fellow cast member Isla Fisher had finally “confirmed that we’re actually two separate people.” Before each of their respective rises to prominence, the public would often confuse them for one another. “We’ll probably still get mixed up, but it’s nice to now confirm that we’re not the same person,” Adams said.

Adams plays Susan Morrow, an art dealer whose marriage has gone stale and whose ex-husband has just sent her a haunting manuscript. Morrow, a worried insomniac, embodies the notion of a nocturnal animal. When asked what keeps her up at night, Adams replied, “Everything keeps me up at night. Once I’m off one topic, I move on to the next. Once I’m worried, it’s like a spiral.”

Diane von Furstenberg arrived moments before the screening began and practically glided down the black carpet. She was in such an apparent hurry to get inside she left her after party ticket among the reporters.

Asked if she ever might direct a film of her own, her response was a simple one: “Right now, I’m directing life.”