An Antique Show Showdown in Chelsea

Scenes from the opening of The American Antiques Show at the Metropolitan Pavilion. 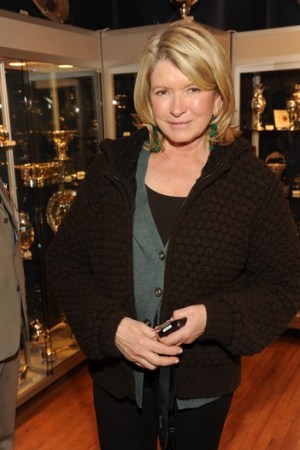 A relatively mature set of New York notables gathered to celebrate the tenth anniversary of The American Antiques Show at the Metropolitan Pavilion in Chelsea on Wednesday night. The opening night gala, benefitting The American Folk Art Museum, featured 41 dealers ranging in wares from furniture, paintings, sculpture and textiles to jewelry and toys.

Former first daughter Lynda Johnson Robb was on hand as an avid admirer of folk art, though she was bound for Washington, D.C. in the morning for the anniversary of JFK’s swearing in. Cece Cord mugged for photographers. Jerry Lauren spoke of his support of the Folk Art Museum and his carefully culled collection of antique weathervanes, among other interests.

“It has to thrill me,” Lauren said with a grin. “I need to be thrilled.”

Valerie Steele exclaimed over “the jewelry!”

The show marked the official start to New York’s Americana week, the annual celebration, and sales opportunity, for all things traditional. There was a palpable tension when partygoers discussed The Winter Antiques Show at the Park Avenue Armory, which opened Thursday. The arrival of that show’s chairman Arie Kopelman alongside wife Coco provoked one partygoer to confide: “Arie Kopelman comes, looks around, and seduces away all the best dealers for the Armory show!”