An Inspired Evening With AmfAR

The annual Inspiration Gala New York honored James Franco and Michael Kors for their work toward the cause. 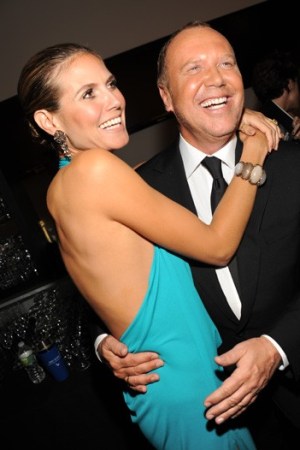 A trio of heartfelt performances punctuated amfAR’s second annual Inspiration Gala New York on Tuesday at the Museum of Modern Art. “Oh, thanks for having me come out after Jennifer Hudson does ‘Hallelujah’” quipped Courtney Love, following Hudson’s rousing, gospel-tinged rendition of the Leonard Cohen classic. Love then launched into a cover of “Under My Thumb,” noting, “I don’t know why I thought a song about an oppressed woman would be appropriate for this crowd.”

The largely gay male audience was later ecstatic when Liza Minnelli took to the stage to belt out “I Must Have That Man.”

“I’ve had many people in my life who were affected by AIDS and organizations like amfAR have helped friends of mine get the treatment they need,” said Franco, who also promised to get naked for the bidder who paid $16,000 for a portrait with the actor in an auction.

“We’ve had a 25-year relationship with the fashion industry and this evening honors them — and how far we’ve come and how close we are to where we need to be,” said amfAR chairman Kenneth Cole, who also introduced a stirring video tribute to the late Elizabeth Taylor, one of the organization’s most ardent supporters.

“I know 33 million people suffer from HIV/AIDS and I find tonight really inspiring to see all the talent come together,” said singer Ke$ha, who added that her project for the summer is to “cover the country in glitter” during her concert tour. Rufus Wainwright is also gearing up for a five-show run at the Royal Opera House in London in July. “So I’m all about velvet and glamour and gilt,” he noted.