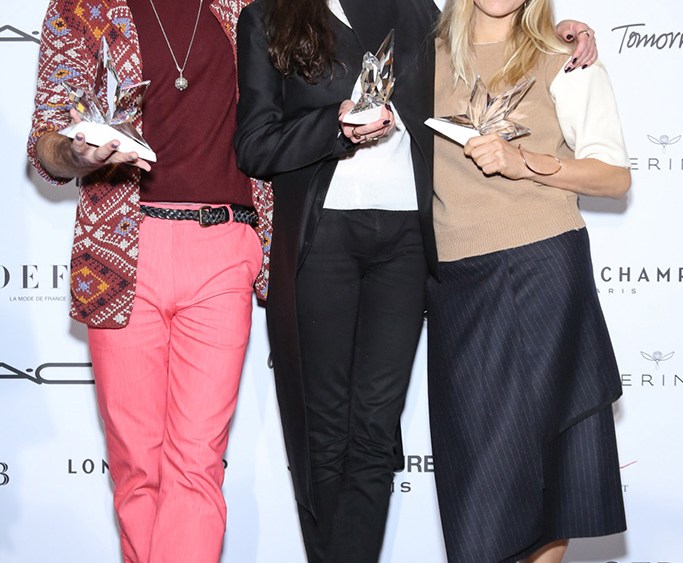 MONKEY BUSINESS: “I’ve noted that the difference of your discipline is that fashion unites people,” said Pierre Bergé, president of ANDAM, while addressing attendees Thursday night at its annual prize-giving ceremony in Paris. “Of course, there is – as everywhere – competition, a little jealousy, but the fact remains that beyond the competition and beyond a certain jealousy there is this passion, one that we share.”

The reception hall at the Pavillon Ledoyen was packed with fashion designers and executives, there to celebrate the winners of the competition – Stephane Ashpool, of Pigalle Paris, for the Grand Prize; Léa Peckre, for the First Collections Prize, and Charlotte Chesnais, for the Accessories Prize.

Among those present for the proceedings was Chiara Mastroianni, who will be acting in a new film directed by Laurent Garnier, the French electronic music producer and DJ.

“But I don’t know when it’s going to start,” she said, explaining the shooting was supposed to begin in September but had been pushed back. Mastroianni is meant to play the role of Garnier’s mother when he’s depicted as a child.

“The role is of a young actress — a little bit crazy,” Casta said. “It was fun. There’s a monkey in the movie — it was great. It was my first time with a monkey. She’s really famous. She does a lot of movies!”

Model Anna Cleveland had jetted back from shooting on the streets of London until 4 a.m.

Following the ceremony, MAC Cosmetics, a sponsor of ANDAM, hosted a dinner.

“MAC has been a sponsor and participant in fashion weeks for over a quarter of a century,” said John Demsey, group president of the Estée Lauder Cos. Inc. “From the very early, humble beginnings of the brand, we first began supporting backstage shows 25 years ago here in Paris, when MAC was still based in Toronto.”

That was for Margaret Howell and Collette Dinnigan. Cut to today, and the brand is now involved in more than 170 shows each season around the world.

“We’ve established an entire fashion and artists relations department that works not only with designers but with the incubators on emerging design talent,” continued Demsey. “MAC is part of the fabric of fashion, and we think it’s a very special, meaningful position being a beauty company that integrally finds its roots in the inspiration of fashion, fashion designers and makeup artists. So we’re here in an organic way, a real way and a financial way.”