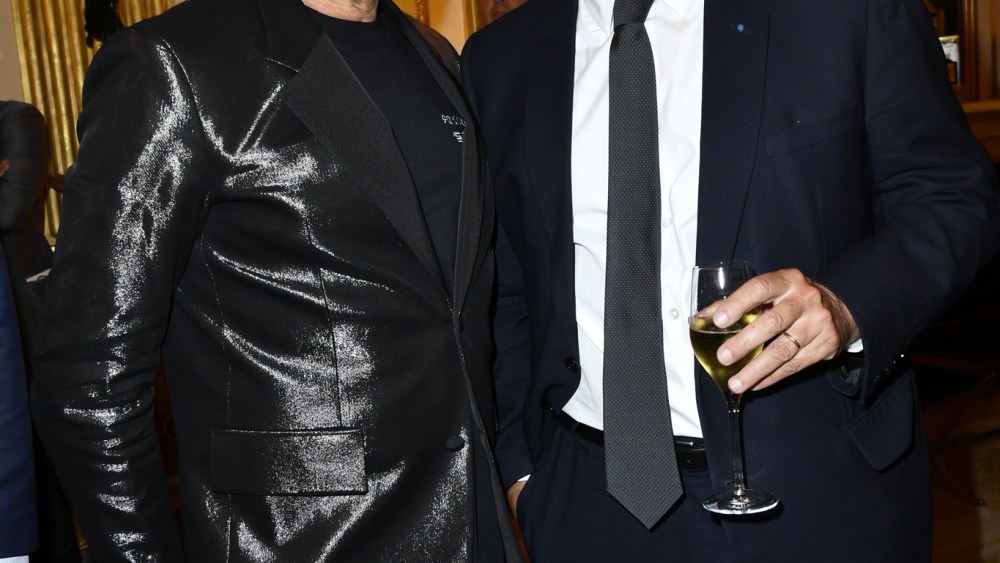 EVERYONE’S A WINNER: “What I find incredible after three decades, the ANDAM unites all fashion groups without exception, and the major players of the fashion industry. It’s unique and a gain for the whole industry,” said Nathalie Dufour, founder of the ANDAM fashion prize, as guests including OTB founder Renzo Rosso, LVMH Fashion Group chairman and chief executive officer Sidney Toledano, arrived at the French Ministry of Culture.

There was a notable absence. “Pierre Bergé accompanied me for 28 years to establish and coordinate all these missions,” she said, recalling the late businessman’s “ever curious and deeply attentive” interest for fashion and emerging talents. Later that evening, Dufour would announce that the creative label prize would be renamed in his honor.

“When the prize was created, fashion wasn’t recognized as a creative industry. Thirty years and 90 winners later, it’s a strong support to French and international talent,” said Guillaume Houzé, director of image of Galeries Lafayette group, who succeeded Bergé as ANDAM president in 2017.

Arriving in rapid succession, Jean-Pierre Blanc, director of the Festival d’Hyères; Alexandre Mattiussi and Haider Ackermann mingled in the crowd. While Blanc caught up with other guests, Ackermann and Mattiussi both had their minds on upcoming shows — the former in Paris on Saturday morning and the latter later in the month in Shanghai.

Designers Christine Phung, Johanna Senyk and Yiqing Yin, all previous winners, were chatting in the crowd. “Nearly everyone here has won the ANDAM, so it’s quite banal,” said Yin. The couturier, whose namesake label is currently on hiatus, is about to unveil a project with a Swiss watchmaking brand. “I once won a prize for figure skating,” she revealed.

“When I was a child, I was quite the synchronized swimmer,” said Yazbukey, who won the ANDAM twice, in 2003 and 2005. Upon learning that Dufour had also competed successfully in the field, the accessories designer suggested a challenge. Passing by, Pigalle’s Stéphane Ashpool, a great basketball player, slipped that “the ANDAM is quite enough. It’s a great joy, a family.”

The anniversary certainly made for heartfelt musings. “The first prize was for our first show, but if there hadn’t been the ANDAM, I wouldn’t perhaps be where I am now,” wondered two-times winner Felipe Oliveira Baptista, who is now working on his first collection at the helm of Kenzo.

In some cases, unsuccessful competitors earned rewards of their own. “I lost every time,” chuckled accessories designer Hugo Matha, who was unsuccessfully shortlisted twice for the ANDAM. “It builds character.” If the third time is the charm, he might soon be applying with French Cliché, a new Francophile brand he is launching with Emily Marant, niece of designer Isabel Marant and founder of creative agency Studio Marant, during Paris Fashion Week.

“Winning prizes isn’t really my thing,” quipped Houzé as dinner was called. “I prefer to be the one giving them out.”